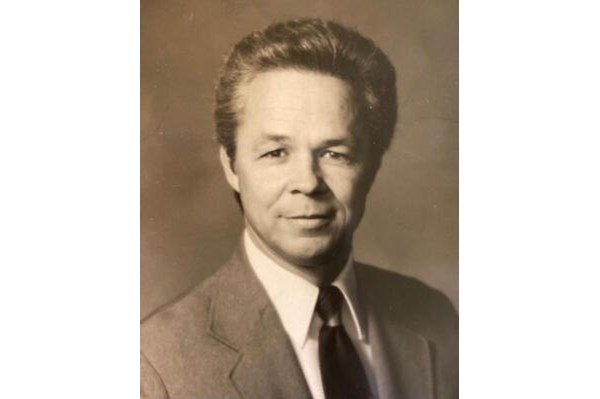 Phoenix – Vernon Hyliard Sorgee, Jr. 81 of Phoenix, Arizona passed away on June 24, 2021. He was from Ranger, Texas where he was born on April l7, l940. A graduate of the University of Texas, he majored in physics and then earned his master’s degree in civil engineering in 1977.

In his early years, Vern graduated from Polytechnic High School in Fort Worth, Texas, and Arlington State College in 1965. He was a master mechanic who could disassemble and reassemble cars effortlessly. He was always a problem solver who enjoyed taking on mathematical or scientific challenges, which led him to earn his degree in physics and eventually work at NASA.

He has worked for over 34 years as an environmental engineer in the field of waste management, water quality and remediation of underground storage tanks. He managed EPA wastewater treatment projects in New Mexico and Oklahoma and was responsible for developing a Trinity River sediment study for the US Army Corps of Engineers. He specialized in wastewater management at Brown and Caldwell Consulting Engineers and Environmental Compliance at Frito-Lay Inc. and Greyhound Lines, Inc. and various consulting firms. He owned his own business in Phoenix, Arizona, Southwest Environmental Consultants Inc., for over 20 years.

Vern is most proud of his time as an associate engineer and science programmer for a major NASA contractor, Lockheed Electronics Inc. As part of the NASA program, he was familiar with Fortran IV programming, computers Univac and Calcomp tracers. It was part of the Apollo program when they landed on the moon in July 1969.

Vern’s gift for humor and his storytelling captivated his family and friends. His favorite hobbies were watching movies, especially old westerns or Clint Eastwood. He enjoyed fishing for hours and always asked others to join him. He was an avid sportsman, camper and loved the music of Willie Nelson, Bob Marley and The Beach Boys. Above all, he found great joy in helping others as often as possible.

Vernon served from 1965 to 1969 in the United States Army. In Vietnam, he was assigned to Company A, 2nd Battalion (Mechanized), 22nd Infantry, 25th Infantry Division (Tropic Lightning). Lt. Sorgee, an operations officer in the Office of Reserve Forces ROTC Division at Army Headquarters, was cited for meritorious service in ground operations against hostile forces in Vietnam in July 1968 and November 1968 with the Bronze Stars. His other decorations include a Silver Star awarded in April 1968 for gallantry in action. He was a member of Tau Beta Pi, Chi Epsilon, WPCF and AWWA.

The family will announce a memorial service at the Arizona National Memorial Cemetery with military honors at a later date. Please visit hansenmortuary.com for online condolences and service notification. In lieu of flowers, please consider a memorial donation to Disabled American Veterans, The Salvation Army, or Duet.

As we deeply mourn the loss of your presence in our lives, Vern, we send you our blessing: May the road rise to meet you, May the wind always be at your back, May the sun shine on your face, And May the rain fall gently on your field, And until we meet again, May God hold you in the palm of His hand.