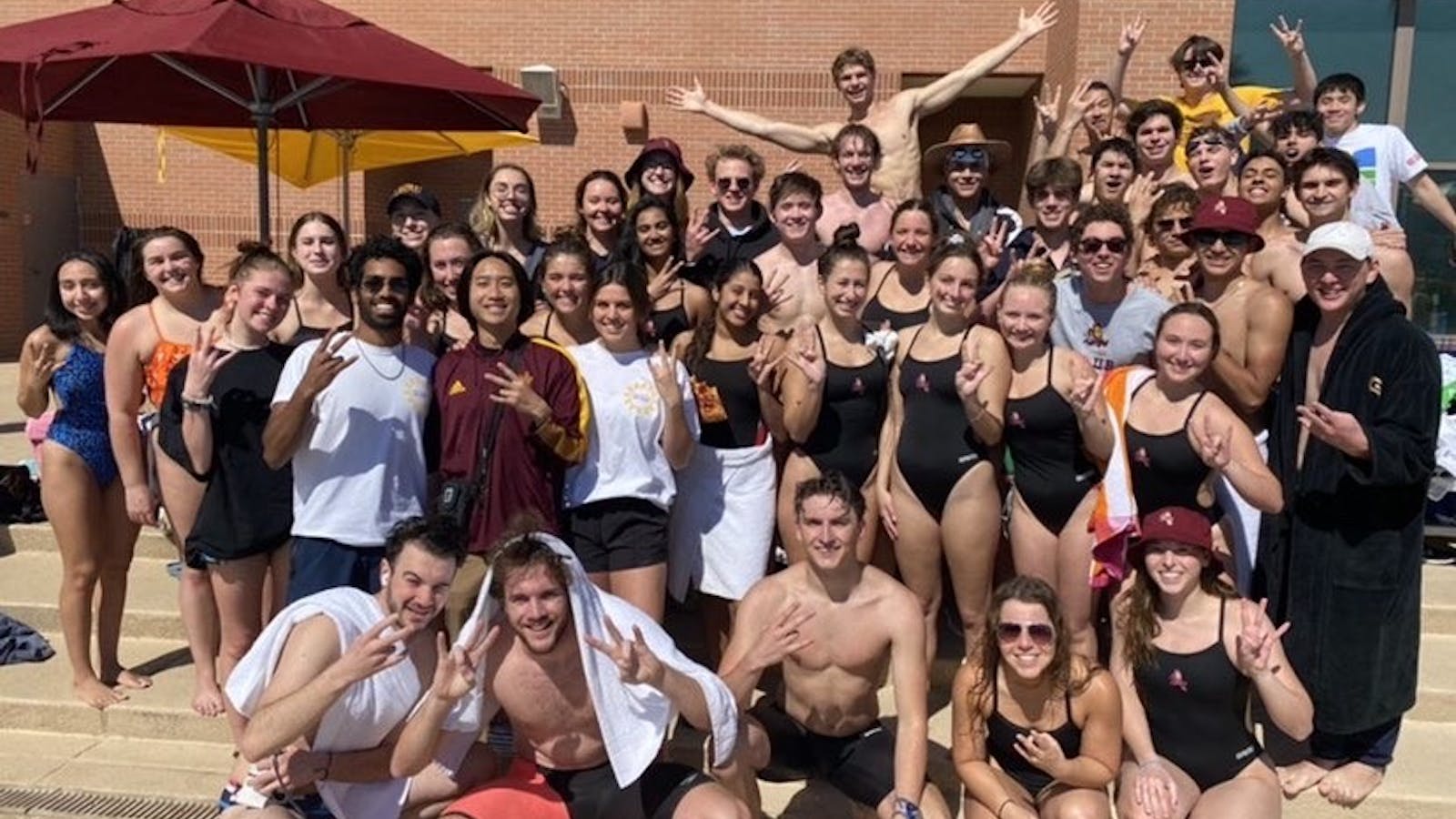 The ASU club swim team began during the height of the COVID-19 pandemic in 2020 when five students came together to form the team with a Facebook post.

“Coming to ASU, I was so upset that there was no club team,” said founding member and senior health science student Emma Plattner.

Now she can walk away knowing she left her mark helping to establish the program.

At first there was no swimming given the pandemic. For some practices, only one person would be in the pool.

Founding member and president Aashish Yadav, a senior bioscience student, recalled the difficult times when the club was just getting started. He remembered the tears in his glasses after no one came to practice.

“I was the only one to show up, and after all that hard work, I was so sad,” Yadav said.

But he got in the pool anyway, and it paid off two years later after seeing that year’s turnout.

The club went from no one knowing it existed to 120 people trying out for the team this year. Before this new season, the team couldn’t fill the pool, and now it’s overflowing. The team has 85 members on its roster, an increase from 70 the previous year.

“We could be about to turn people down,” Plattner said.

The board still plans to do more outreach. The team promotes inclusivity and most athletes have a background in competitive swimming. The board knows what works and that is its welcoming environment.

“We want to maintain that same community and tight-knit environment that we had last year,” said board member Ethan Anderson, an undergraduate biochemistry student.

The club creates this environment through fundraising events and team building. Members want to have a balance between serious goals like competitions and friendship building at the same time.

“At the end of the day, it’s really fun to train, but it’s more fun to take a big group to a meet and blow everyone out of the water,” Anderson said.

Yadav said having a close bond with the team is what helped his growth in numbers. The main priority for him is for the ASU team to become one of the best swimming clubs in the country.

Last season the team competed in three competitions – at the UCLA Invitational they came in seventh, fourth at the UCSD Invitational and second at the ASU Invitational. The team qualified for the 2022 National College Club Swim Championship last spring but was unable to compete.

Clarke said the team was at the Phoenix Sky Harbor airport until their flight was delayed. The team sat on the tarmac for about three hours when the flight crew expired and the airline was unable to recruit new crew.

The team had to disembark and there were no other flights to Atlanta until the end of the game, so the team headed home.

However, it did not crush their spirits. They said this was their redemption arc from last season and their focus was once again on the Nationals.

Freshmen make up nearly half of the roster. More is to come from this team as they prepare for their second road to the national championships.

“It’s very rewarding and it will continue forever,” Plattner said of the club’s legacy.

The team has already opened its season with the intrasquad meeting Maroon and Gold on September 21. They will participate in GCU in their first official meeting of the 2022 season on October 22.

2022-10-19
Previous Post: NBA sun devils
Next Post: Arizona state officials say Ducey did not break the law with the containers