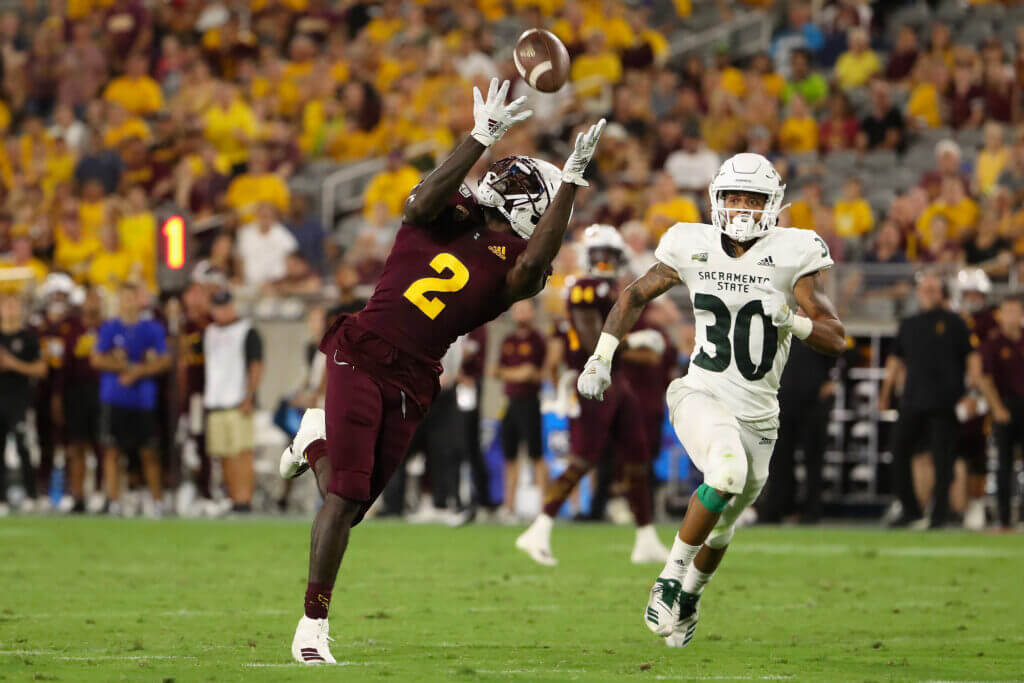 The hits, misses and lessons of Herm Edwards’ first signing class – The Athletic

The program was in transition. As Graham prepared for his final game at the Sun Bowl, Edwards gathered his team and leaned on scouting director Donnie Yantis. In the first signing period, Edwards officially only had three assistant coaches locked up. The Sun Devils signed 11 early in the period. Recruiting Services ranked their class last in the Pac-12. “It’s been a bit of a whirlwind for me,” admitted Edwards.

With their coaching staff in place, the Sun Devils added 11 more during the February signing period and beyond, including two graduate transfers to help on the offensive line. The turnaround has been remarkable. Arizona State’s 2018 class moved up to sixth in the Pac-12 and 36th nationally. Wrote Brandon Huffman, National Recruiting Editor for 247Sports: “The State of Arizona has spent the past few weeks listening to people scoff and laugh at the decision to hire Herm Edwards. And after having the 12th class of the conference in December, the Sun Devils closed like crazy.

The class didn’t make the top 25 in The Athletic’s reclassification of 2018 Recruiting Classes, but they did produce one of the best receivers in the nation and the foundation for a strong defense en route to a 28th-place finish. Downside: Half the class would leave with college eligibility remaining, a precursor to what was to come with the portal.

Looking back, before the NCAA started snooping, three things stand out the most: