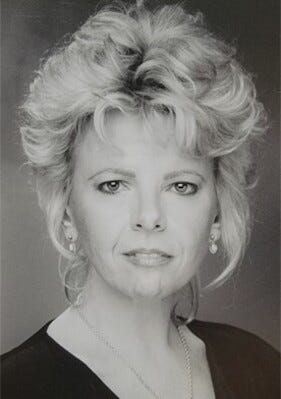 Susan McKearney Bryan was Frank and Dorothy McKearney’s second child on August 12, 1953. In the Phoenix area, Susan grew up with a passion for music, literature, theater and the fine arts. The work ethic was fostered and Sue became an enterprising student and saleswoman at age 13, working her way through Xavier High School cooking daily for the convent and as a pharmacist’s assistant. She attended Most Holy Trinity and Xavier Elementary School, where she was a member of the Honor Society, Journalism and Drama clubs. While studying at ASU, she met her future husband, Gary Bryan, and graduated with a bachelor’s degree in 1975, majoring in anthropology and psychology. Gary and Susan got married and had two beautiful daughters.

His career spanned three decades. Journalism, art and cancer/genetics research emerged as themes anchoring his impressive professional life. She began her career in Sedona as an art appraiser, in art gallery management, and in art journalism. Susan received an award from the Arizona Press Club for her journalistic writing. She wrote the weekly business column for the Arizona Republic for a decade and served as editor of A&M magazine (advertising and marketing). Changing careers was effortless for her, as she excelled and adapted to whatever she pursued. She founded the nation’s first cancer/genetics research lab in Phoenix; then, while serving on the board of directors of the Mountain States Genetic Network, she organized their esteemed annual conference in Steamboat Springs, Colorado, bringing together genetic researchers from around the world. As she and her husband approached retirement, she became marketing director for Genesis Worldwide in Sedona. While her professional life has certainly been characterized by a diversity of fields and goals, it is Sue’s writing and communication skills that have unified her years of service with many Phoenix-area business firms. For the past twenty years of her life, she and Gary have lived among their treasured Sedona Red Rocks and most recently managed an immaculate and esteemed Airbnb guesthouse on their property. Sue’s greatest joy was spending time with those she loved. She was a beloved wife, mother, grandmother and friend. Her dry wit and often sardonic sense of humor were appreciated by all who knew her. She was a brilliant woman, gifted, generous and endowed with a strong character who had a high level of requirement towards herself and towards others.

Susan was a wealth of knowledge on an endless variety of topics. His intelligence and abilities left a lasting impression on all. She is survived by her devoted husband of 47 years, Gary; daughters Aurelia and Ariel; grandchildren Juniper, Michael and Atticus; and his brother Terry, his wife Gloria and their two children, Jennifer and Kevin. On Saturday, January 22 at 11 a.m., memorial services will be held at St. Francis Xavier Church in Phoenix and a celebration of life will follow at Anderson Hall near the church. In lieu of flowers, contributions to cancer research are encouraged.