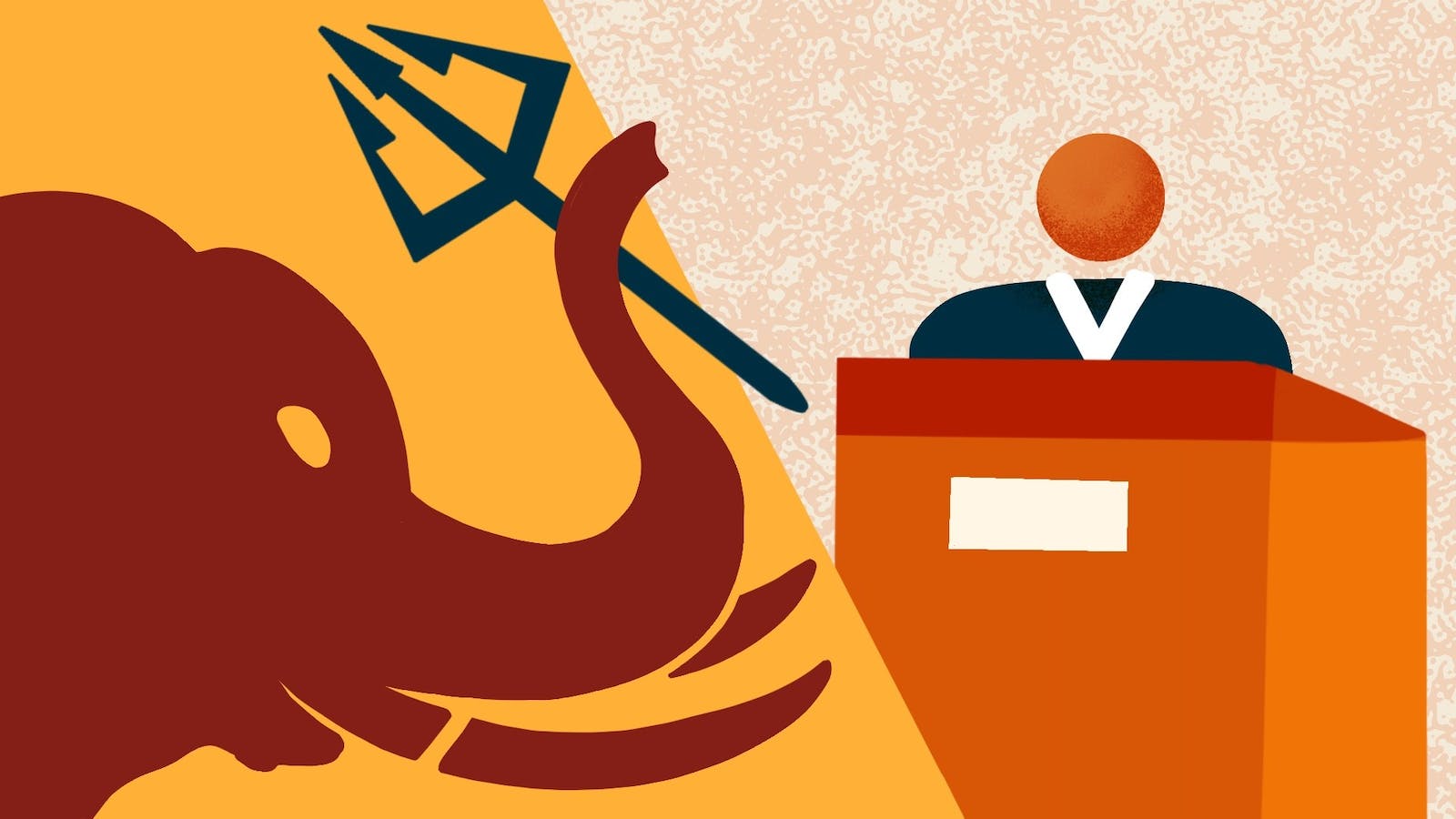 College Republicans United, a conservative political activism club described as a “far-right group” by other Republican groups on campus, has been condemned by students and several organizations across the political aisle for an event featuring featured famed white nationalist Jared Taylor on September 2. .

In 2020, CRU said it would donate half of the funds raised during the fall semester to support the legal defense fund for Kyle Rittenhouse, who killed two people and injured another in Kenosha, D. Wisconsin, during a demonstration. ASU College Republicans condemned the move at the time with a statement, saying there was “no place for this kind of behavior on our campus.”

That same year, CRU invited former Maricopa County Sheriff Joe Arpaio to speak on campus. The event was met with a similar reaction from students and became the scene of a protest outside Coor Hall.

And in 2019, the University began investigating the CRU for racist and inflammatory language following investigations into the club by The State Press and the Phoenix New Times.

College Republican President Isaac Humrich said the CRU wants to provoke a backlash from the rest of the student body when it invites guests like Taylor to speak on campus.

Humrich said College Republicans are splitting from CRU because they are a splinter group and “not real Republicans.”

Other organizations that classify themselves as politically opposed or apolitical have raised concerns and asked ASU to cancel the event. Twenty-eight student organizations, ranging from political advocacy groups to Greek life organizations, signed a letter asking the University to intervene.

ASU and University President Michael Crow released statements regarding the Taylor event and said that while they do not endorse or condone the message, the event and the club have the right of the First Amendment to invite Taylor on campus to speak.

“The presence of a guest speaker invited by a student organization to speak on one of our campuses does not in any way imply endorsement by the university of that speaker or his or her views,” Crow said in the communicated. “As I’m sure you know, because ASU is a public university, its operation and administration are subject to the protections and requirements of the First Amendment to the United States Constitution.”

Edward Osei, a freshman studying engineering management, was outside the event and said CRU is constantly pushing its limits.

“They’re definitely using the whole of ASU ‘we’re including everyone and we’re not excluding anyone’ to their advantage to try and cause a blowout,” Osei said.

“If you have an organization that plans to troll people, it’s because they assume the other party thinks it’s really going to be a headline-grabbing trigger event and bad things are going to happen,” said assistant political science professor James Strickland.

Strickland said that while he does not support the organization or planning of the event, CRU could use these events as a strategy to expand its reach and obtain more donations from outside influences.

Max Flammer, a young business law student, did not attend the protest outside of the Taylor event so as not to pay more attention to the group, but said he was frustrated with the way the University administration managed the event and past events.

“I think the University shouldn’t be associated with it because even if they don’t promote it, just having them on campus sends the message that they are indifferent to the issue and that they’re fine, not taking action,” Flammer said.

Osei said ASU is complicit in holding the event because other problematic speakers have already been invited to speak on campus and ASU has not canceled or interfered with the events.

“(ASU’s statement is that) we don’t exclude anyone, and being all-inclusive means literally including everyone, even if they are going to harm students in the school, like me and other minorities. sense,” Osei said.

Flammer cited a statement Crow released in 2020 that he believed the University was contradicting in allowing CRU to hold the event. The statement reads: “To be clear, ASU condemns behavior and actions that threaten or intimidate any individual or group of individuals on the basis of race, color, religion, age, national origin, gender, sexual orientation, gender identity/expression, disability, veteran status, or other special status.”

Shane Brennan is a political reporter at State Press. He also works for Cronkite News and Blaze Radio.