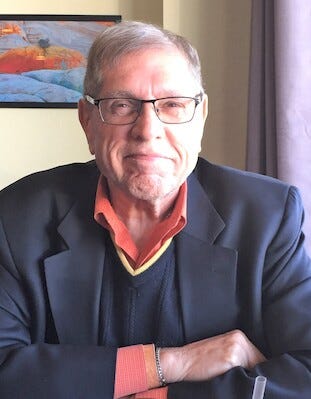 Robert J. Nicoletti, MD – amazing husband, father, stepfather, dad, son, brother, uncle, friend and doctor. Robert J. Nicoletti, MD, 74, entered into eternal rest on September 19, 2022, after bravely battling Alzheimer’s disease since 2015 and stage IV colon cancer since 2016. Born in Brooklyn, New York, on September 29, 1947, Robert spent his childhood in Bedford, Stuyvesant hanging out with neighborhood kids, playing stick ball on the streets, and developing a lifelong love for the Yankees and New York Giants. It was during these early childhood years that he met the love of his life, Francine (Corbo), who survived him. Robert and Francine lived in the same block, and while the group of kids who hung out together numbered over forty friends, Robert and Francine became best friends from an early age. On June 6, 1970, Robert and Francine got married and soon they left for Italy, where Robert continued his medical studies at the prestigious University of Bologna. In 1977 Robert, now Dr. Nicoletti, returned to the United States and completed his residency at Staten Island University Hospital. It was during these years that Robert and Francine started their family, welcoming their first daughter, Nicole, in 1973, followed by Jamee in 1976, Heather in 1978, and their only son, Robert, in 1979. Robert’s dream ever since childhood was to become a physicist. During his residency, he realized his passion for Obstetrics and Gynecology, which he proudly specialized in for 38 years, delivering over 4,000 babies. While working at Glen Cove Hospital on the North Shore of Long Island, Robert had the privilege and pleasure of supervising obstetrics and gynecology residents, helping to prepare a new generation of specialties to continue his legacy of love to bring life into the world. . During his career he had privileges in Colorado and New York, retiring from New York in 2015 and moving to sunny Scottsdale, AZ. Robert is predeceased by his father and mother, Joseph and Adeline Nicoletti, and by his father and stepmother, Rocco and Rose Corbo. He is survived by his best friend, soul mate and wife, Francine, as well as his children, Nicole Williams (Chris), Jamee, Heather Pierse (Joseph) and Robert (Erin). His role as a dad brought him the most pride and joy, and the love he had for his grandchildren changed the lives and hearts of those who loved him most and best: Joseph, Ella , Rocco, Daisy, Penny and Leo. As his titles changed from husband to doctor to dad to dad, his love of God, family, Mickey Mouse and Christmas only deepened. He enjoyed Sunday dinners, opening his home to anyone who was alone on vacation or just needed good company and delicious food. Having so many people at the table was a constant source of pride and joy for him. He made the absolute best BBQ sauce and his ribs were out of this world! Rain or shine, he’d be barbecuing on a summer’s day, morning til night, cooking up a delicious feast. As the holidays rolled around, he spent Thanksgiving basting the turkey and offering his gratitude for all he had and on Friday morning the whole family was tasked with decorating our house for Christmas. Once done, it was magical! Robert enjoyed most things in life, as long as he shared them with Fran and, if possible, with his children, but even more so with his grandchildren. His love lives in each of us.