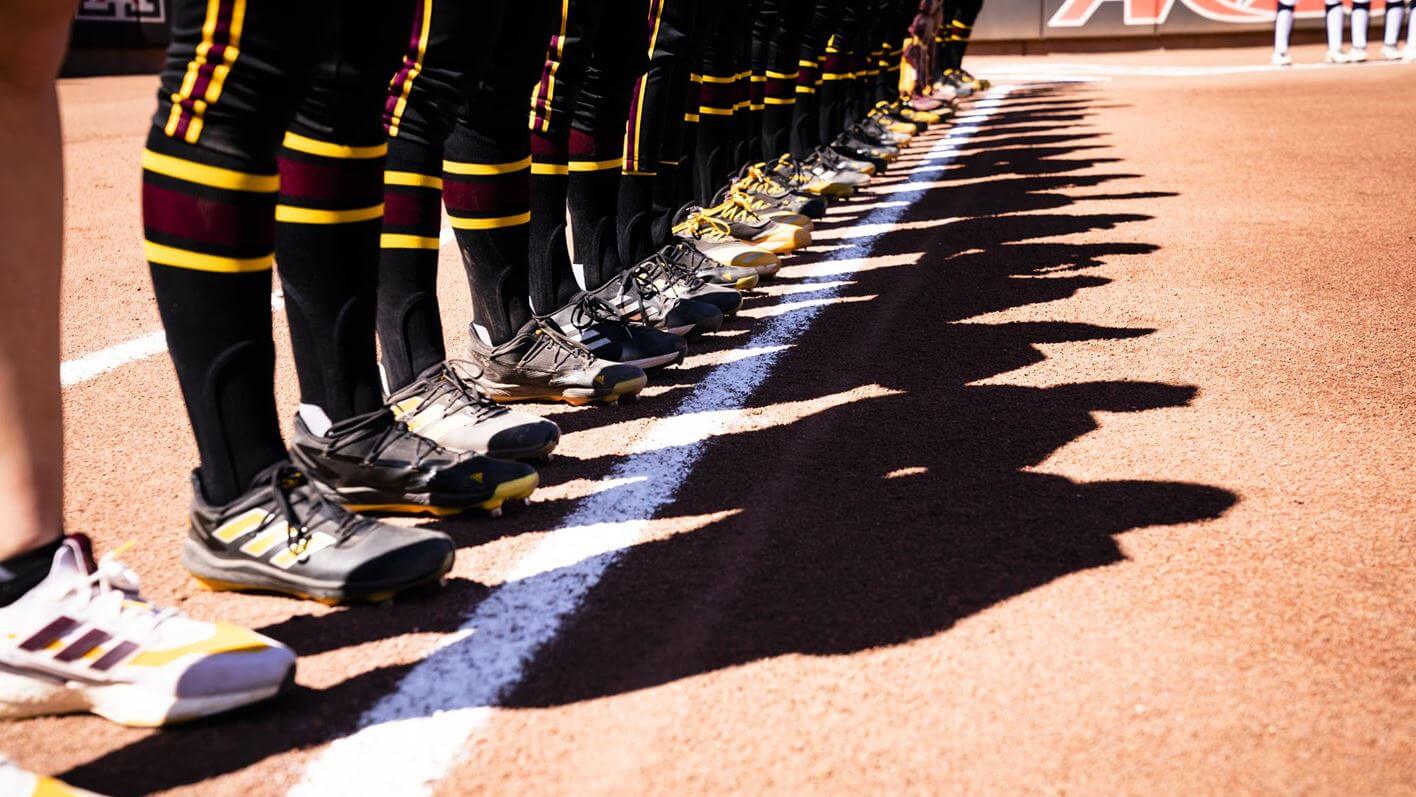 A month ago, the word “hustle” was just beginning to describe Arizona State’s softball program.

American rookie Cydney Sanders. Aspiring freshman ace Mac Morgan. Puncher Alynah Torres. Pitchers Lindsay Lopez, Allison Royalty and Marissa Schuld. Infielder Jordyn VanHook. The departure of the group, along with that of infielder Kristiana Watson who had previously entered the portal, meant that almost half of the team that had led the Sun Devils to a top 8 national seed of the NCAA tournament was now gone.

ASU’s fortunes, prospects for a new coach were bleak and in shambles. Or so it seemed.

At Megan Bartlett’s the hiring as the new Sun Devils head coach was the first piece of good news ASU softball fans received this summer. Bartlett’s last tenure as an assistant coach at Texas saw her on the staff that led the Longhorns to the National Championship Series in the most unexpected way.

During his tenure as head coach at Ball State, Bartlett led a blue-collar style MAC program. Since she arrived to attempt to right the ship in Tempe, a similar mold has begun to take shape, but this time in the PAC-12.

The first order of business was to keep the assistant coach Jimmy Kolaitis. A veteran coach and the only holdover from the previous coaching staff, Kolaitis is a renowned scout and is one of the best-known names in the coaching industry – for good reason. His continued presence on staff was an imperative piece of the puzzle.

After Kolaitis, Bartlett added pitching coach Jeremy Manley. The two worked together previously at Ball State and Manley, a New Zealand native and one of the country’s few former fastpitch players now coaching college softball, will take over the Sun Devil’s pitching staff.

Coaching staff in place, the next step was a roster rebuild. A non-existent pitching staff and a projected starting formation full of holes were significant orders to address.

Former Ball State pitcher Deborah Jones — who pitched for both Bartlett and Manley at Muncie — has announced plans to transfer to ASU. The move gave the new Sun Devils staff a much-needed arm, as well as a depth of confidence in the circle. Jones isn’t overwhelming as a pitcher, but she’s crafty and can get outs.

A pair of attacking additions through the transfer portal might not sound super flashy, but both fit the mold of a program looking for talent and depth while trying to rebuild into a certain mould.

Alexa Milius is a two-time transfer, this time from Virginia Tech. Milius’ stats at Central Connecticut State, then VT, weren’t at superstar level, but she’s a solid depth option and brings some good veteran experience to the roster. Former Missouri utility player taylor Nicholson also picked Arizona State, as did her younger sister, a pre-college freshman. Nicholson didn’t see the field while at CoMo, but he’s been in college softball for two years and still has four years of eligibility left; not a common occurrence.

Former Virginia Tech pitcher mackenzie osborne is the latest addition to the list, as she announced her engagement on social media in mid-July. Osborne was on the Hokies’ pitching staff, virtually unable to show her stuff as she was caught behind two star aces in the VT bullpen. His addition to the Sun Devils pitching staff added another much-needed arm and another blue-collar style athlete to the mix.

The Sun Devils also appear to have latched onto a prized rookie, pitcher Kylee Mageewho continues to list her ASU engagement on social media and who was just named Extra Softball high school 1st All-American team selection. It’s another feather in the hat for Bartlett and Co., as there was speculation that Magee might have re-entered the recruiting process. Instead of maintaining his commitment to head to Tempe, it’s also a quality “recruitment” effort by Sun Devils personnel.

What Arizona State is really made of will be seen in fits and starts in the fall and can be truly judged once they hit the diamond next February. For now, however, a rapidly dying program has been resurrected in just a few weeks. Whatever the reason, however it happened, it is not an easy task.

A true blue-collar program in the PAC-12 might work well after all.