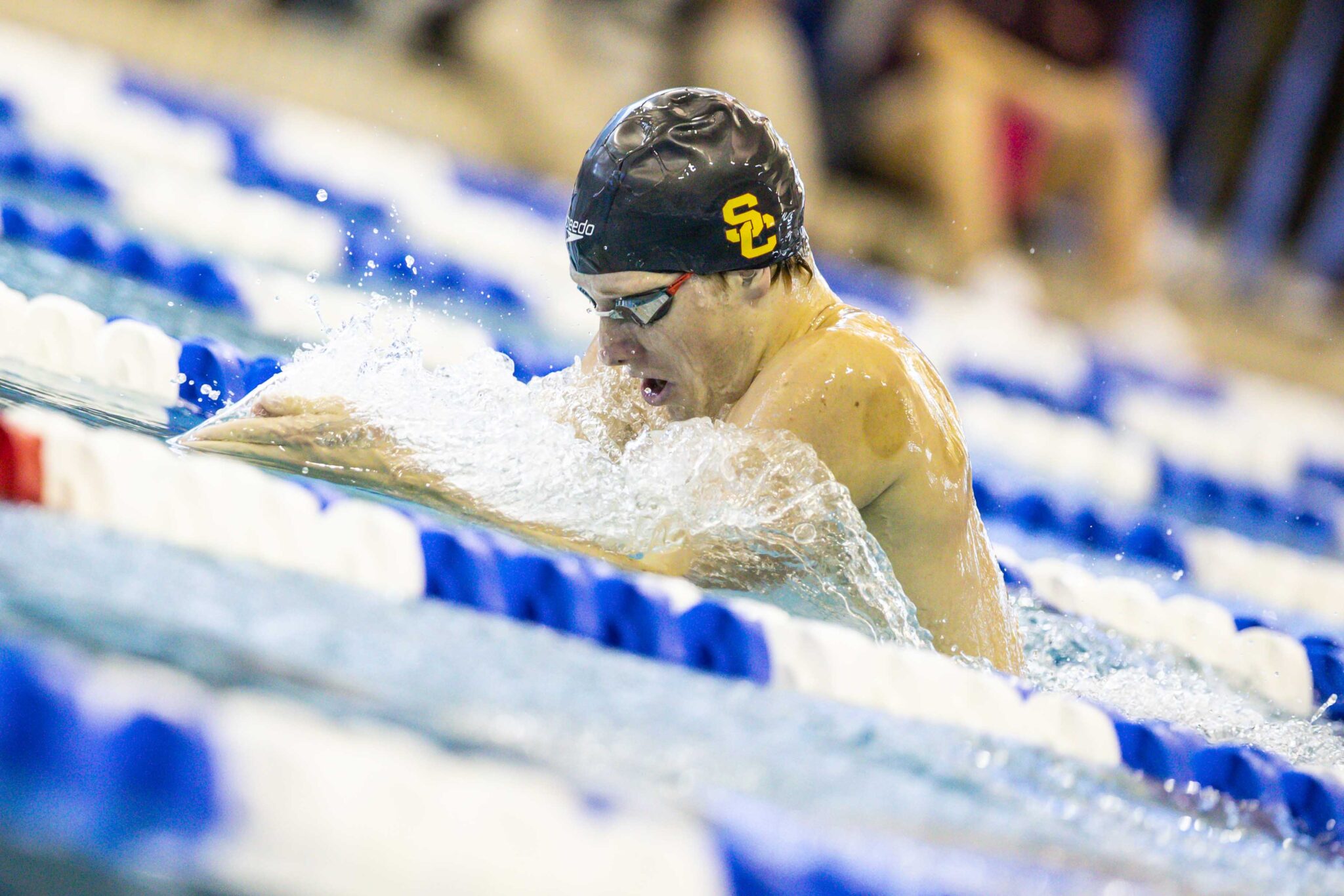 After successful freshman campaign at USC, NCAA qualifier Daniel Matheson will remain in the Pac-12 next season as he informed SwimSwam that he has signed with Arizona State for next season.

A native of Peoria, Ariz., Matheson joined the Scottsdale Aquatic Club Trojans as a highly touted distance rookie, placing in the top 20 in our boys’ high school class of 2021 last year.

Last year, the Sun Devils had a breakout campaign that culminated in a sixth-place finish at the NCAA Championships, including freshman Leon Marchand winning two individual national titles in the 200 individual medley and 200 breaststroke.

In addition to Marchand and Hill, Matheson will have great sparring partners in Tempe with the likes of Gordon Mason, Andre Gray and Liam Bresette producing remarkable distance freestyle strokes last season.

Chris O’Gradywho was also a freshman at USC last season, initially entered the NCAA transfer portal after the campaign ended but ultimately decided to stay in Southern California.