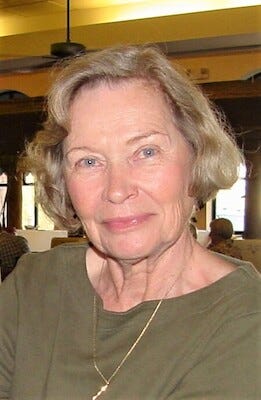 Pittsburg, Pennsylvania – Mildred June Withers passed away quietly at her home on December 07, 2021 in Apache Junction, Arizona at the age of 94. Born April 13, 1927, in Pittsburgh, Pennsylvania, she grew up “Mille” Frankhouser, the daughter of a baker who opened a bakery on a shoestring budget. They lived in an apartment above the bakery. When the depression came, they lost everything. She never forgot those times and always lived her life in a financially responsible way and never bought anything on credit. After moving to Arizona, “June”, as she was now known, worked as a waitress at Bill Johnson’s Big Apple and fell in love with her lifelong soul mate, Bob Withers. As a couple, they raised June’s two children, Dan and Linda, and welcomed their son Les into the world in 1960. Together, they instilled high values ​​in their children. They traveled all over Arizona and enjoyed camping as a family. June and Bob were inseparable and very much in love. After Bob passed away in 1999, she lived a solitary life and never remarried. She will always be remembered for her independence, her honesty, her devotion to her children and for her total commitment to her husband.