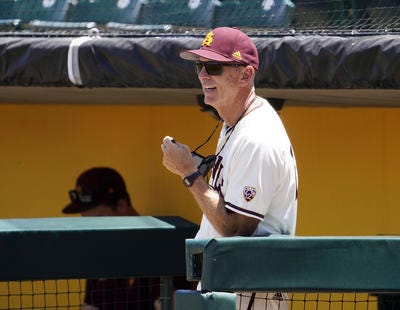 In 10 seasons, Bakich led the Wolverines to 5 NCAA Tournament appearances. That streak included a second-place finish at the College World Series in 2019 and 328 overall wins.

Fortunately, it looks like Michigan has found an accomplished coach to take over the baseball program. According to Kendall Rogers with D1 Baseball, Michigan should hire Tracy Smith. Rogers cited Michigan sources for information in his reporting.

Smith, 56, is no stranger to the Midwest and has made head coaching stops at Miami (OH, his alma mater), Indiana and Arizona State. Smith’s most recent stint was with the Sun Devils from 2015-21.

Smith has compiled over 800 career wins and 9 NCAA Tournament appearances as a head coach. This stretch includes driving Indiana to its first-ever College World Series appearance in 2013.