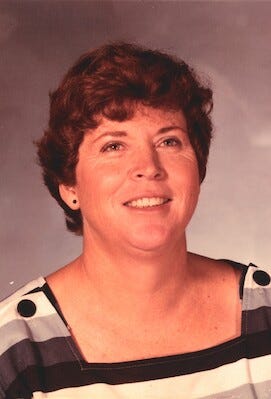 Joyce Susan Mers, 80, died August 3, 2022, Joyce was born December 18, 1941 in Denver, CO. The parents here were Merle and Alice Lewark. Joyces’ mother moved her and her older brother, Ron, to Phoenix, AZ in 1949. Joyce attended Thunderbird Adventist Academy where she met her husband Lee before graduating in 1960. Joyce pursued a career in education, first teaching at Edison Elementary for 20 years before becoming vice-principal after earning her master’s degree. Joyce then moved on to principal at Whittier Elementary in Phoenix where she finally retired in 1996. After retirement, Joyce and Lee spent summers in the pines at their cabin in Overgaard, AZ. In the high country, Joyce indulged her love of music, gardening, quilting as well as feeding her wild birds. Locally, she spent her time with her red hat ladies, her book club and even the occasional line dance. In pursuit of her lifelong passion for travel, she and Lee explored most of the continental United States and Hawaii. They also visited exotic locals such as Thailand, Hong King, the Caribbean, Canada, Mexico, Central America, Europe and Africa. They even embarked on a cruise that took them around the world. Joyce is survived by her eldest son Brett, her youngest son Sean, her stepdaughter Samantha and her granddaughter Lexie.