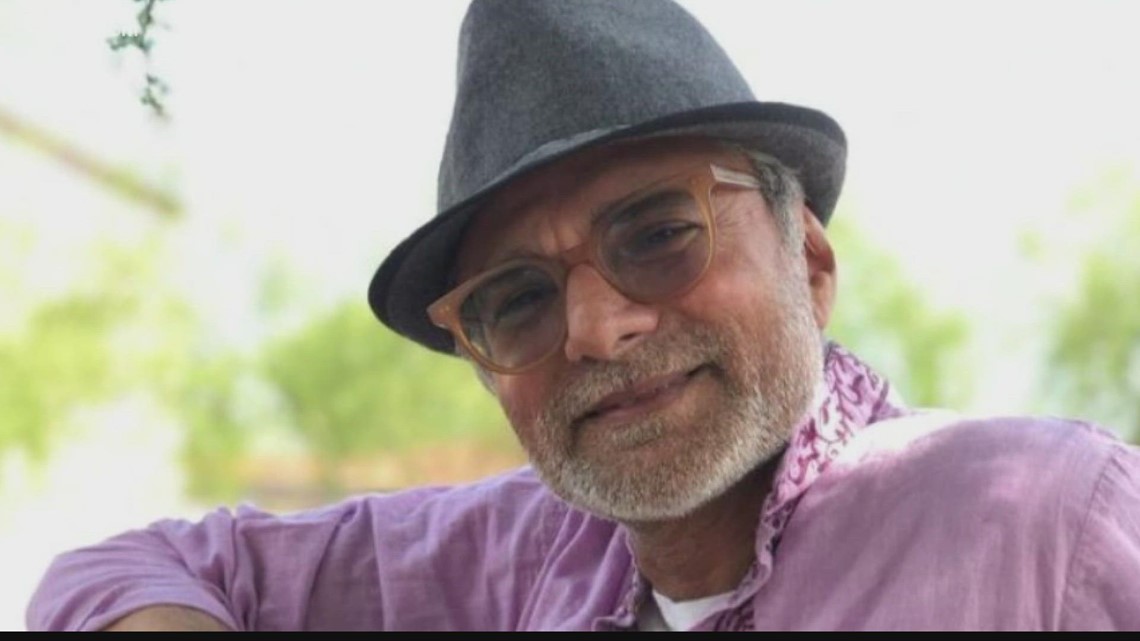 Nick Oza was injured in a car accident in early September. Friends and colleagues remember the Pulitzer Prize-winning photographer as a man who could connect with anyone

Colleagues and friends say Oza had a rare gift for connecting with people, especially the subjects of his photographs.

On social media, members of Congress, community leaders and photojournalists across the country posted their memories of Oza.

I feel grateful because I met you @nickoza1

It’s been over a decade since I watched Nick capture the human spirit through his eyes. Today I have a heavy heart, but a smile creeps onto my face as I remember that Nick rode a bus to DC with us for over 40 hours. pic.twitter.com/34KRUf0u7k

So saddened to hear this. Nick Oza was a really gifted photojournalist, and I always enjoyed working with him. My condolences to his family and @azcentral colleagues.https://t.co/2GGsLbZHVA

Oza’s accident happened while he was on his way to Tolleson High School to shoot a documentary series about the school’s football team.

Nick Oza was working on a docuseries on @TTownFball when he was involved in a car accident that ultimately claimed his life. The team paid tribute to him this morning. @BeyondtheGridAZ @azcsports @ArizonaAIA @CoachWellbrock pic.twitter.com/Zya6EG7xb5

“I almost get chills thinking about his photography,” said Oza’s longtime partner Daniel Gonzalez of Republic.

Gonzalez and Oza traveled together across the United States via Mexico and Central America.

“Nick was always looking for something that not only captured the emotion,” Gonzalez said, “but the beauty of that scene.”

Gonzalez, the paper’s immigration reporter at the time, said Oza sought him out in the newsroom because of an interest in immigration and Mexico. Their partnership will last for several years.

Their first romance together required an all-night bus trip from Phoenix to Mexico.

“That’s where we really got to know each other,” Gonzalez said. “I saw straight away that Nick was a really fun person to hang out with, really easy going and really great with people.”

Oza was a naturalized citizen of Mumbai, India who came to the United States to study when he was 24 years old.

“A lot of times when we were traveling he would sit in the back and I would hear him speaking Gujarati, which was his language,” Gonzalez said. “He would be on FaceTime talking to his brother or his dad. That’s how close they were.”

Joshua Lott, a Washington Post photojournalist, celebrates a year of hard work. But it’s bittersweet. Oza was at Lott’s Chicago apartment last year when Lott had his phone interview with the Post.

A while later, Oza was walking around the apartment with “a big sage thing,” Lott said. “He walks around me, he walks into the other room, comes out and says, ‘Relax.'”

Lott said photojournalists around the country were inspired by Oza’s story.

Oza is survived by his wife, Jacquelyn, and a daughter, and his large family in India.

There is no word yet on services or a memorial.

A GoFundMe account has been created for the benefit of Oza’s family.

Keep up to date with the latest news and stories on the 12 News YouTube channel. Subscribe today.