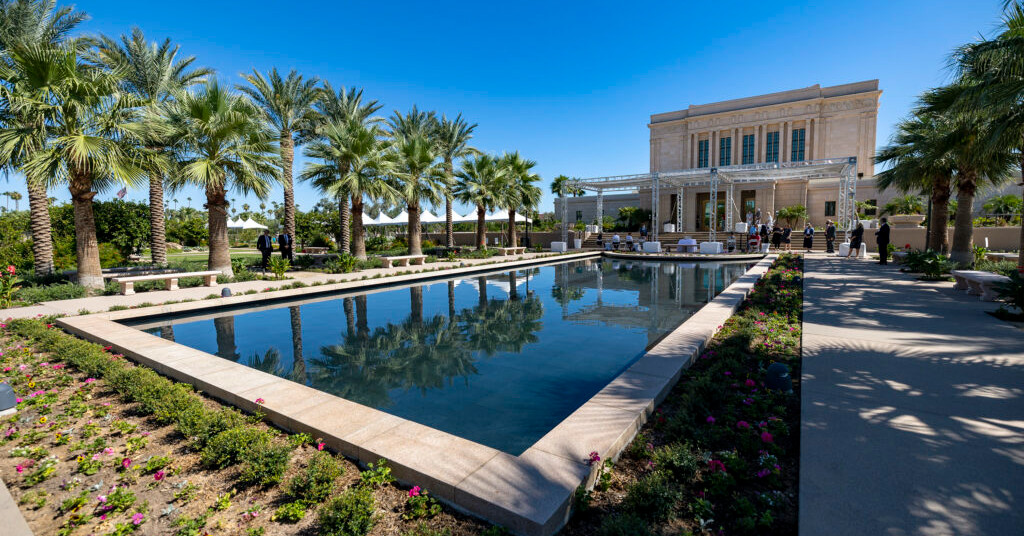 In an article published in the Arizona Republic, President Oaks invites everyone to visit the renovated Mesa Arizona Temple

The Mesa Arizona Temple has been a staple in its community for decades.

Now that the renovated temple’s open house begins, The Church of Jesus Christ of Latter-day Saints wants people to see it, President Dallin H. Oaks wrote in an opinion piece published today in the Republic of Arizona.

“Temples are dedicated as ‘houses of the Lord’ to enable members of the Church to receive sacred religious instruction, seek answers for their lives, and enter into eternal family relationships,” President Oaks wrote. First Counselor in the First Presidency. “For the communities where the temples are built, they are a place of peace and a beacon of unity. …

“I extend a personal and heartfelt invitation to all Arizonans to come see the temple that means so much to members of The Church of Jesus Christ of Latter-day Saints and to others in this community. “

President Oaks has written that sacred structures increase connection to one another, to spiritual matters, and to God. “They provide visual reminders that there is more to the here and now. They are a reminder of those who came before and pioneered the communities we live in today.

President Oaks also referenced his recent general conference talk on church membership in the editorial, titled “The Mesa Arizona Temple Has Been An Anchor for Decades. Now it is entering a new era.

Originally dedicated by President Heber J. Grant in 1927, the Mesa Arizona Temple has been closed since May 2018 for major renovations. This is its second major renovation in its 94-year history. The temple was rededicated in 1975 by President Spencer W. Kimball, who grew up in Arizona, after expansion and renovation.

Senior Church leaders met with the media to discuss the renovation and give them a tour of the temple on Monday, October 12.

The temple open house began on Saturday, October 16 and will end on November 20, except Sunday.

“My present apostolic responsibilities include teaching God’s goodness and plan for us,” President Oaks wrote in the editorial. “Nowhere are these eternal truths better taught than in our temples.”