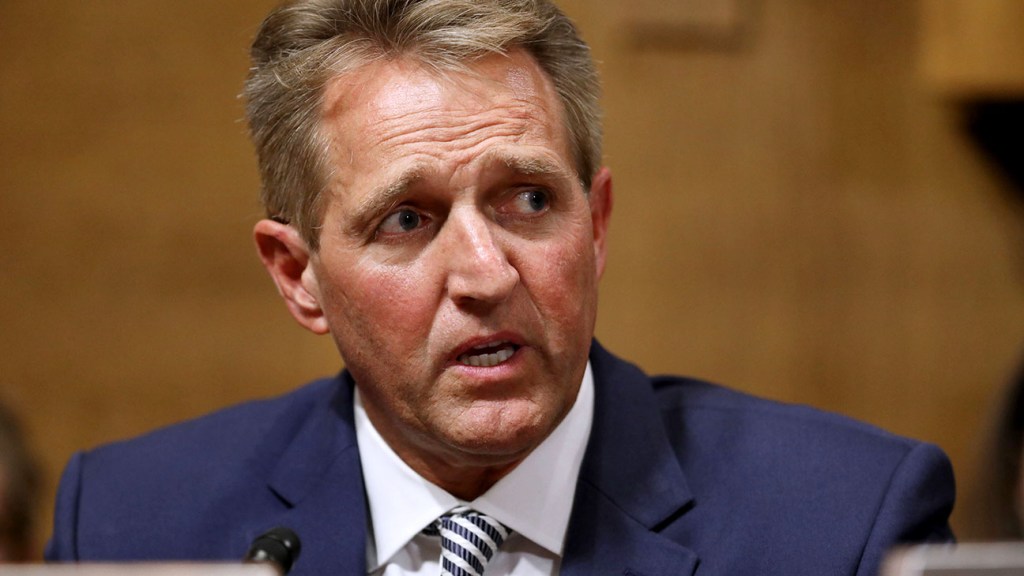 Former Sen. Jeff Flake landed as a CBS News contributor and announced on air Tuesday that he will not be running for president in 2020.

Flake was spotted at the network’s New York headquarters on January 4 amid talks for a role, The Hollywood Reporter reported at the time.

This role was officially announced on CBS this morning Tuesday during a segment on his future ambitions. A moderate Republican who left his U.S. Senate seat earlier this month, Flake was seen as a potential Republican challenger to President Trump in 2020.

“I’ve always said that I hope there’s a Republican who challenges the president in the primary,” he said. “I always hope someone will, but that someone won’t be me. I won’t be a candidate.”

Flake will be working on a series of pieces that will seek common ground in the United States, CBS this morning said co-host John Dickerson. Flake cited efforts to enact comprehensive criminal justice reform as an example.

“There may be many more examples of this, and that’s what this series will examine,” Flake said. “These common ground areas across the country.”