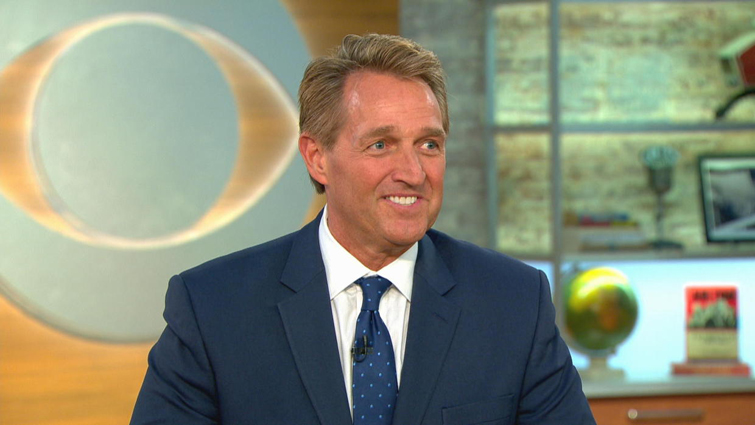 Flake appeared on Tuesday on CBS this morning to talk about his new role, and confirmed he won’t be running in the 2020 presidential race. “I’ve always said I hope there’s a Republican who challenges the president in the primary. I always hope someone will, but that someone won’t be me. I will not be a candidate,” Flake said.

Flake will contribute to a new series for CBS News called Middle ground, a series of stories that the network says are meant to “shed light on opposing groups coming together.”

“Middle ground may be dead in Washington, but it is alive and well everywhere else – in city councils, in state legislatures, in any type of association or group, people find common ground. of agreement. That often doesn’t translate to anything in Washington,” Flake said.

He gave the example of criminal justice reform in Texas.

“It was one of the few examples where common ground found at the local level translated into action in Washington. There may be many more examples of this. And that is what this series will examine, these common ground areas across the country,” Flake said.

Flake left the Senate earlier this month. He was often a vocal critic of President Donald Trump and sometimes broke with Republicans on certain issues.