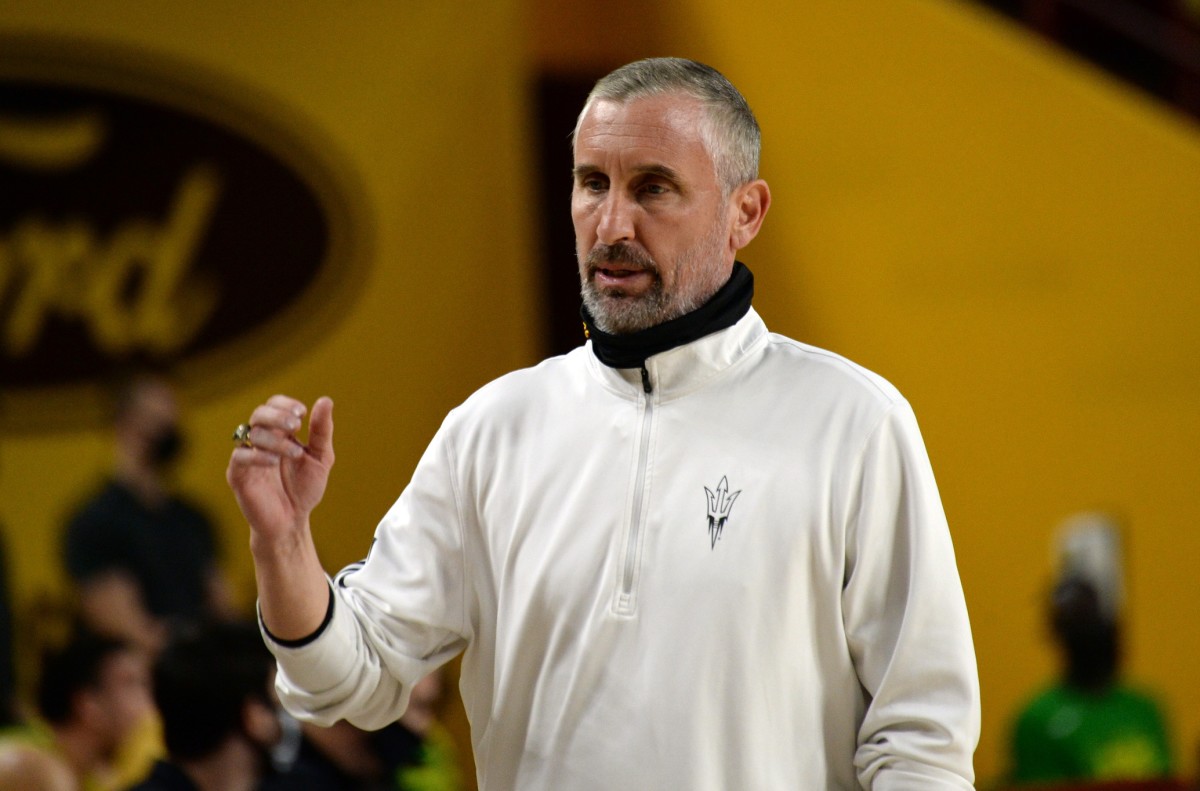 Excitement continues to grow for Arizona State Hoops in 2022

Arizona State’s basketball program left a sour taste in everyone’s mouth when they were knocked out of the Pac-12 tournament in the first round.

Now they’re looking to not only make amends for their disappointing 2021-22 season, but to exceed expectations and land in the NCAA Tournament next year.

Despite losses such as Marreon Jackson, Jalen Graham, Kimani Lawrence and Jay Heath, the Sun Devils have refilled their roster with transfers such as Frankie Collins (Michigan), Devan Cambridge (Auburn) and Desmond Cambridge (Nevada).

Although they haven’t even played a minute under head coach Bobby Hurley, some of the new players in the neighborhood are confident things will change in Tempe.

Even the media has caught on to the hype surrounding Arizona State next season.

“(Frankie) Collins was the No. 7 playmaker in the country as a senior prep and could join the Cambridge brothers as instant impact players. But as the Sun Devils experience another spring overhaul, our question no. It’s not about names, it’s about chemistry,” said Jon Wilner of Mercury News.

These incoming players join a talented returning core that includes DJ Horne, Luther Muhammad, Jamiya Neal, Alonzo Gaffney and Enoch Boakye. Marcus Bagley hopes to return to the court healthy and ready to finally leave his mark on the court for ASU.

Last season, the Sun Devils upset No. 3 UCLA among other quality wins and finished the regular season winning seven of their last eight games. The hope is that the new influx of experienced players will put Arizona State back in the NCAA Tournament for the first time since 2019.

For now, it’s just the hope of carrying ASU until Hurley and his roster prove otherwise. The genuine excitement the program has continued to generate will create high expectations heading into the 2022-23 season, but the current roster structure demands success.

The State of Arizona wouldn’t have it any other way.

Jermayne Lole chooses Louisville and leaves the state of Arizona

The sun devils await the decision of Jermayne Lole