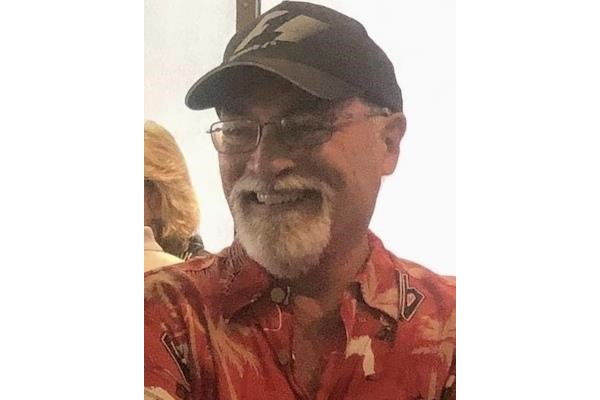 Although Don passed away too soon, his life will be remembered by family and friends for his honesty, integrity, intelligence, positivity and sense of humor. Don spent over 38 years as a federal public servant. Beginning his federal career as a ranger in Oregon’s Eagle Cap Wilderness, he quickly found his footing as an outdoor recreation planner for the Bureau of Land Management. His first position as a recreation planner was in Barstow, California, where he shared his knowledge, expertise, and love of the land with diverse visitors enjoying all types of recreation, from off-road vehicle use to non-motorized wilderness exploration. Don worked the rest of his career with the Arizona Bureau of Land Management in Yuma and Lake Havasu City during the 1980s and 1990s. He met the love of his life, Linda Wilson, in 1993 while on a road trip. work in Albuquerque, NM. Linda joined Don in Yuma in 1994 and they have both spent the past 28 years enjoying public lands, camping and traveling the country in their spare time.

In 2000, Don became the Bureau’s State Recreation Program Manager for Arizona, serving in the Arizona State Bureau until his retirement in late 2016. Along the way, Don provided guidance and made key contributions to the development and management of claims along the Colorado. River, the only long-term visitor areas in western Arizona. Don also led efforts to designate the Parker Dam Backcountry Byway and the Betty’s Kitchen National Recreation Trail. When the BLM cared for over 120 boats at campsites on the Colorado River, Don led efforts to establish and implement a BLM program, which included teaching boater safety training and upgrading campsites to improve the visitor experience. He also helped oversee the Parker 400 races. In his position as Arizona State Leader, Don also held national positions on the BLM Recreation and Visitor Services Advisory Team and as president. His work was essential in ensuring that the Recreation Management Information System met the needs of the field and the national office. His expertise in the field and in state offices was instrumental in creating online recreation reservation systems, particularly for Aravaipa Canyon Wilderness and Coyote Buttes/Paria Canyon-Vermilion Cliff Wilderness, which ultimately led to the transition to the national interagency Recreation.gov site.

Don’s impact on creating recreational opportunities will continue as current and future generations enjoy the public lands he worked so hard to maintain and preserve. When asked to describe Don, peers, supervisors and friends use three words: dedicated, professional and trustworthy.

Don retired in December 2016. He enjoyed living his life to the fullest. Traveling across the country by train with Linda to explore the United States while visiting family and friends. He found peace and beauty growing native flowers and plants around his home. Don’s diverse interests kept his intellect sharp. He enjoyed learning about war history, especially World War I. He was a Formula 1 racing car enthusiast, traveling to Austin, Texas for the inaugural 2012 race with Linda. At home, he kept his skills sharp as an expert player. He enjoyed his breakfast of retirees and joined friends at Spring Training baseball and the D-backs. Until his death, he was in good spirits. He kept his family and friends close by texting and sharing his sense of humor. Don was a peaceful warrior who will be missed for the rest of his affected life.

Preceded by Don in death by his father, Harold Applegate.

Don is survived by his wife, Linda Wilson Applegate. His mother, Jean Applegate; her sister, Donna Glatt, her husband, Joe and their children Jamie and Joey; her sister-in-law Denise Wilson Moon and her husband, Skip, and their daughters Amy and Julie; and brother-in-law Michael Wilson.

A celebration of Don’s life will be announced at a later date. Expressions of sympathy may be left on the National Cremation Society’s website at: www.NationalCremation.com.