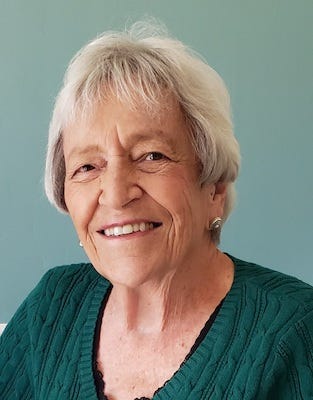 Diana Nelson ascended to heaven on August 26, 2022. Di meant so much to many as a loving mom, caring grandmother, devoted cousin and aunt, and loyal friend. His memory and his spirit will live on through many people. Diana was born in Sheridan, Wyoming in 1939 and has spent years embracing small town life and beautiful Bighorn Mountain country. Growing up, Di spent every hour possible riding horses or collecting hay at Ranch XX where his uncle Fred was the foreman. She was adored by her aunts, Kay and Mikey. After attending Sheridan High School, she took the brave leap to pursue a physical therapy degree at the University of Wisconsin, where she joined Chi Omega. While in college, she worked summers at Eaton’s Dude Ranch, where she met lifelong friends and cemented her role as a Wyoming cowgirl. His Wyoming roots were very deep and significant in his life. After college, Di moved to Arizona to begin her career as a physical therapist, a role she loved and practiced for many years. She got married and raised 2 adorable children, Kim and Eric. She treasured her role as “Grown Up” and was hugely involved and influential in the lives of her 4 grandchildren, Tyler, Jake, Henry and Oona. She had an indelible impact on them all. Faith, family and friends were the keys to Di’s heart, but the arts were where his talents were most evident. Music was part of his daily life. She couldn’t walk past a piano without playing a tune and inviting a singer. She was a magician of the xylophone, ukulele, bells, flute and tambourine. His rendition of God Bless America on cowbells was performed to the delight of many. She was a gifted limerick writer and scripted many poems for birthdays and other occasions. Her energy was contagious and she uplifted the people around her. St. Barbabas Episcopal Church was Di’s spiritual home, and singing in the choir was one of his greatest joys. His heart was full when the group recently visited him at home to sing and celebrate his retirement from the choir. She was so touched when the choir beautifully sang Evening Song, her favorite song written by her father, Peter Schunk. Card games, Jeopardy every night, tennis and golf have provided Di with a lifetime of enjoyment. She grew up playing gin rummy with her parents, aunts and brother and pursued her love of cards for hours of Bridge, Shanghai, Hearts, Solitaire, Spite and Malice, among others. Besides loving games, she had a deep and sincere love for nature and animals and spoiled her big dogs beyond words. We are beyond grateful to her for bravely battling cancer for 10 years, rarely complaining and never letting it define her. She was a warrior and inspired many people. It gives us peace to know that Di’s life has been truly blessed in so many ways. The last verse of his father’s Evening Song reflects his advice to all of us: Peace on Earth, Good Will to Men, say it O’er and O’er again. May the dawn of tomorrow find sorrows gone. Give us courage, Give us the fight, Give us the strength to do good. So when I’m gone, please don’t be sad. This transmission can’t be too bad, when you’ve had a lot of work and fun. So long! My call is heard. A memorial service at St. Barnabas will be scheduled for October at a date and time to be determined.