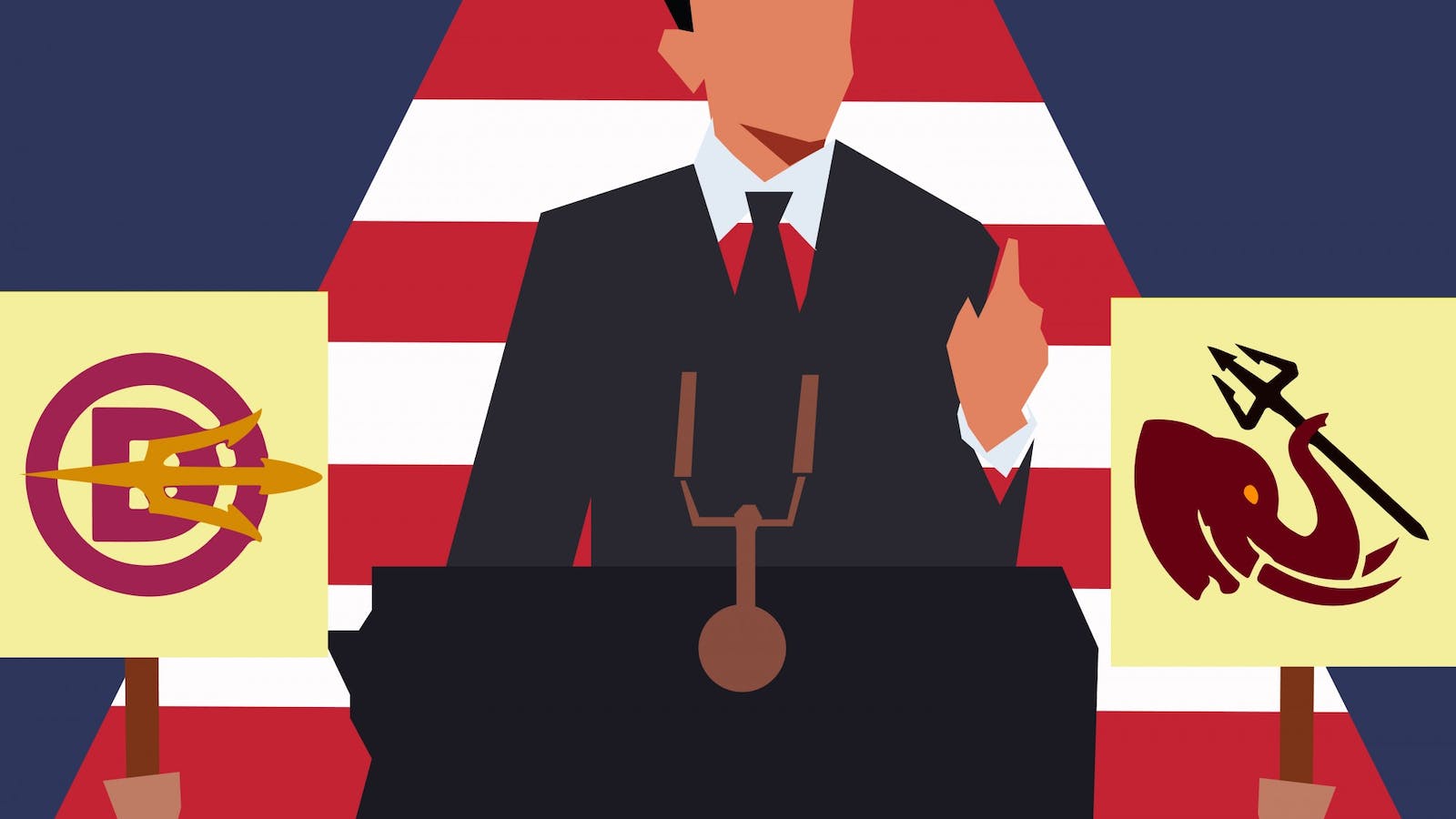 As midterm election season approaches, ASU’s Young Democrats and ASU’s College Republicans are not endorsing primary candidates in an effort to maintain cohesion in their ranks.

Throughout the semester, both organizations invited candidates vying for different positions to speak to students. Yet the clubs choose to maintain their longstanding policy of neutrality in the primary elections.

Organizations do this in order not to cause indecision within the organization if members are split on who to endorse and hinder their November goals by potentially endorsing a candidate who does not win the primary.

Clay Robinson, vice president of College Republicans, said in an email: “Our policy of primary neutrality is a constitutional provision that was implemented long before my time.

“ASU’s College Republicans primary goal is to grow a party under one big tent on campus and by endorsing primary elections, we have the opportunity to isolate students who might support another candidate,” said Robinson in the email.

Robinson, a junior majoring in civic and economic thought and leadership, innovation in society and political science, said in the email that the focus on intra-party unity is driven by another his club’s core mission, which is “not to divide but to unite, is what we do when we race to elect Republicans from top to bottom in general election cycles,” Robinson said. in the email.

The ASU Young Democrats club constitution does not set out specific policies regarding local, state, or national elections, but the club has taken a position of neutrality for primary candidates for many years.

“Supporting candidates as a club can also make members feel isolated and unwanted, as our club is meant to serve as a safe space for all Democrats,” Sajjadiankhah, a political science student, said in an email. -mail. “Staying out of the primaries allows members to support their own candidates without feeling pressured by us.”

“We would welcome applicants as speakers to inform our fellow members,” Chau said in an email. “But each of us has unique perspectives and preferences on Republicans. So, we never endorse any candidate as a club. I think that’s the beauty of this community.”

These dual policies also prevent organizations from endorsing a candidate who loses the primary.

Sajjadiankhah said in an email “(it) keeps politics from getting too messy, let’s say if we back someone they lose, and now there’s a tension between the candidate we didn’t back and our club”.

No club is is looking to change its neutrality policy anytime soon. Both clubs are determined to provide cohesion and focus on winning the election rather than risk getting bogged down in endorsing a primary candidate.

Robinson said in an email “at this time there is no consideration to repeal our primary neutral constitutional provision.”

Still, the Young Democrats are open to possible change in the future.

“There is always room for growth and change, and if there is a race that we feel is necessary to endorse, it is possible that we endorse the candidate as a club,” Sajjadiankhah said in a statement. E-mail.

Mark Habelt covers all things politics in the ASU and Tempe communities. He can be reached anytime at [email protected] Please send your comments, questions or story ideas to this email address, as Mark is always interested in discussing local issues.