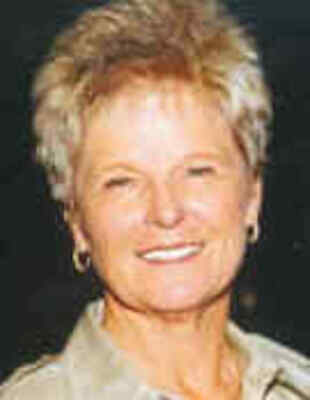 Bernice Katherine (Raiter) Wendt “Bernie/Bern” of Sun City West, AZ passed away peacefully on Thursday August 18, 2022. Bernie was born September 17, 1944 in Bee, NE to John Raiter and Wilma (Moravic-Raiter) Buck. She grew up in Memphis, NE, graduated from Ashland/Greenwood High School and lived in nine states; moved to AZ twenty years ago. She was predeceased by her parents, her stepfather, Harold Buck, and her former sister-in-law Joyce (Sipe). Bern is survived by her husband of 56 years, Jon Wendt’s brother, Bernard (Judi) Raiter and his 2 daughters; his brother and sister-in-law Larry (Janet) Wendt with a daughter and two sons; and his sister and brother-in-law Cathy (Doug) Petersen with one son. Bern was a one-of-a-kind woman with so much class and sass; and always an optimistic outlook on life, no doubt about what she was thinking! She was never sick until she was 65, but it took a turn for the worse. Starting with breast cancer followed by multiple unrelated illnesses and surgeries, and again ending with bladder cancer. Yet throughout these setbacks, she pursued an active lifestyle that included her love for golf. She was club champion at three different country clubs and played on courses as far away as Australia. She was also a good bowler, alpine skier (Rockies and Europe) and bridge and Mah Jongg player. As an employee of United Airlines, she has written training programs and taught the design and implementation of UAL’s electronic ticketing system, among other things. Authorized travel benefits for international travel to four continents. She was also an outstanding interior designer, florist, and remodeled an embassy in Washington, DC and a restaurant in Charlottesville, VA. She made several holiday wreaths and donated most to charity groups. Essentially, she has been involved in many businesses and master of most! She requested that there be no funeral services with interment at the Arizona National Memorial Cemetery to be joined with her husband in the future. In lieu of flowers, donations may be made in her name to Hospice of the Valley AZ, or your favorite charity. A celebration of life is planned in AZ later this year.