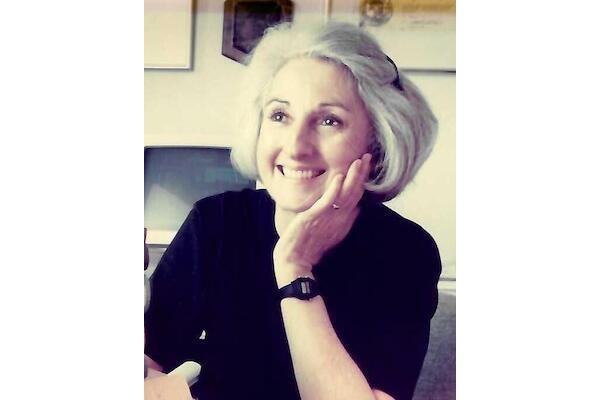 Phoenix – Dr. Barbara Culver Van Sittert, 85, died after a battle with Alzheimer’s disease. Barbara was born on December 14, 1935 to Dean and Lola Culver in Panora, Iowa. She attended Iowa State University where she double majored in English and Chemistry. After graduating in 1957, Barbara married her college sweetheart, Logan Van Sittert (of Pella, Iowa), and the young couple moved to Phoenix where Logan began his architectural practice. Following their move west, a son, Todd, was born. Barbara and Logan had been active members of the Phoenix Country Club since 1981. Barbara was a strong supporter of women’s rights and advocated tirelessly for women’s membership. Years later, with her extraordinary mind and boundless energy, Barbara signed up for a doctorate. program at Arizona State University and earned her Doctor of Philosophy degree. In 1980, Barbara joined the faculty of Phoenix College where she served as an English teacher until her retirement in 1998. During her nearly twenty-year career, Barbara was a beloved member of the Phoenix community. College. She devoted her time and talents with love and tirelessness to her students and colleagues and considered Phoenix College her second home. During her tenure at Phoenix College, Barbara had a very successful career in the classroom and in various leadership positions. Barbara served as leader of the humanities team and chair of the President’s Scholarship Program. Barbara taught the English component of the required Humanities Team course for the President’s Fellowship Program. Barbara’s vast and sophisticated vocabulary often sent her extremely bright colleagues rushing to their dictionaries! Barbara managed to find Condoleezza Rice as a special speaker for the Phoenix College Honors Humanities Program. After retiring from Phoenix College, Barbara became a freelance writer, including a number of articles for the Arizona Republic. Barbara and Logan enjoyed a romantic relationship and a business partnership. They shared a passion and dedication to fitness. Barbara’s small stature belied her strength and stamina and could do the trick for youngsters in the fitness center. Dr. Barbara and Logan Van Sittert were true American patriots and constitutionalists. In recent years, the Van Sitterts have recognized an urgent need for voices dedicated to promoting freedom and free thought. In 2020, in what is the largest donation in Goldwater Institute history, Barbara and Logan generously founded the Van Sittert Center for Constitutional Advocacy. With funding from this permanent center, the Goldwater Institute will be strengthened to greatly expand its work in defending constitutional rights and promoting an understanding, appreciation, and support for the U.S. Constitution. Barbara and Logan traveled extensively in Europe where they shared a passion for the arts, literature, history, theater and classical music. Included on their to-do list was to see Vermeer’s thirty-four paintings. They viewed thirty-three, with The Music Lesson unavailable to the public as it was hosted with the Queen at Buckingham Palace! Barbara was a fascinating, accomplished and multidimensional woman. However, his most precious treasure was his beloved family. Barbara and Logan cared deeply for each other and shared an unbreakable bond and undying love. Together, Barbara and Logan adored their only child, Todd. Barbara has dedicated her life to motherhood and marriage and Logan and Todd were always the first things she wanted to talk about when she saw friends. A funny story from Barbara’s past happened when Barbara was about 6 years old. His parents acknowledged that they did indeed have a “gifted” child and bought a book on how to raise “gifted” children. Apparently the book was left on the table and Barbara read the book before either of her parents had a chance to. Barbara then began to teach her parents how to raise their “gifted” child. Barbara is predeceased by her parents, Dean and Lola Culver, and her husband, Logan, and son, Todd. Barbara is survived by her sister, Jean Utterback of Winterset, Iowa. A memorial service will be held Thursday, July 22, 2021 at 3:00 p.m. at Messinger’s Mortuary, 7601 East Indian School Road, Scottsdale, AZ 85251. In lieu of flowers, contributions to the Goldwater Institute’s Van Sittert Center will be greatly appreciated.