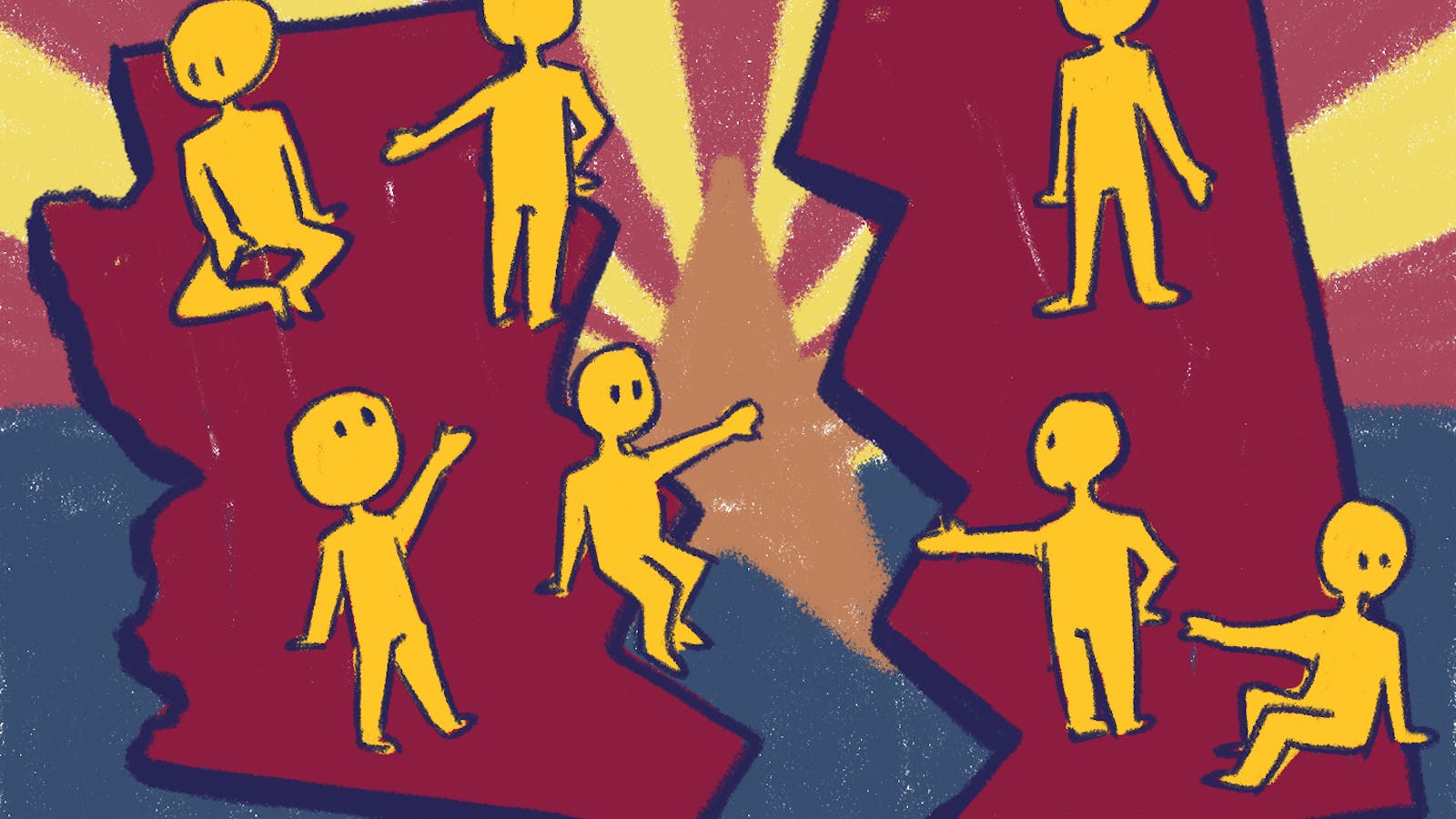 In the year since ASU workers founded a United Campus Workers Arizona chapter, the union has struggled to get the attention of university administrators to implement changes to the ASU.

The group, made up of University employees, advocates for the needs of campus workers. Launched in September 2020, UCWA was established at the height of the COVID-19 pandemic. ASU joined UCWA in December 2020 and since its inception, the union has focused its advocacy on challenging COVID-related policy as the University continues to facilitate in-person instruction.

The union published letters to the university administration opposing policies that called for students and faculty to return to class. The union has repeatedly said that COVID-19 policies regulating masks and social distancing are not doing enough to protect the community. The group organized a demonstration to communicate the same message.

“We get a lot of letters, I’ve seen communications from them, they’ve never been signed by a person. There’s no name on any of these letters, from anything I’ve seen” , ASU President Michael Crow said in an interview with The State Press in February, echoing similar comments he made about the union last year.

Crow said he meets regularly with the University Senate to address faculty concerns. The Senate isn’t “really sure who all these (union) people are either,” but Crow said he was sensitive to the concerns.

Jenny Brian, a UCWA fellow and chair of Barrett’s faculty at ASU, The Honors College, said subtle and belated responses from the administration were common.

“Part of what we want to do is make sure our voice is out there, and we know President Crow and Provost (Nancy) Gonzales hear us and as long as we know they heard us, that feels like half the battle,” Brian said.

Members said the union plans to continue to grow its membership and portray itself as a source of support for employees and advocating for workers’ needs. Oscar Mancinas, a part-time UCWA organizer and graduate student in cross-border studies, said recognition from the University was needed because employees are struggling to stay afloat financially in part due to high inflation and rising housing costs.

Employees of public universities are less protected by law

Michael Selmi, a professor of labor law and discrimination, said this means that employees of private universities are legally protected when they go directly to their administration to negotiate their working conditions, unlike employees of public universities.

“What a union does is if they’re elected to a workplace, then they enter into an agreement with the employer, a contract to govern the workplace,” Selmi said. “It could have salaries, it could have severance protections and it could have benefits.”

Mancinas said that while collective bargaining is a great tool for unions, it is not a necessity to defend the needs of their members.

Rebekah Sanders is the president of the Arizona Republic employees union, The Arizona Republic Guild. Sanders said organizing outside of collective bargaining has helped the union “increase the pressure on (their) business”, such as petitions, social media campaigns and media attention.

The X Factor: Employee Engagement in the Union

Leila Hudson, a union member and associate professor in the School of Middle East and North African Studies at UA, said faculty governance has been helpful in displaying employee solidarity. He is commissioned by Arizona law states that faculty will “actively participate in the development of university policy” through “elected faculty representatives.”

Alex Young, a lecturer at Barrett, a university senator and union member, said that while he represents ASU faculty on the Senate, he believes faculty need more decision-making power. in university policy.

“ASU faculty, generally speaking, I don’t think (or) don’t feel like we have a clear voice in the room in decisions being made about teaching during the coronavirus,” Young said. “I know a lot of grassroots teachers like me, I feel like we elevate things in places like the Senate and just pick up those talking points.”

In relation to the UA, Hudson told ASU that she observes the practice of this law as a “dead letter”.

Joya Scott, a union member and lecturer at the School of Music, Dance and Drama, said it could be due to ASU’s “individualistic culture.” However, Scott said UCWA can do more to educate University employees on how to get involved in the union.

“I think there’s a lot of people who maybe haven’t heard (about us) yet because we’re so new and we’re just raising awareness,” Scott said. “During COVID, because so many people were working remotely last year, I think people kind of felt alienated from campus.”

UCWA has a bottom-up organizing system, which means that the union’s organizing strategy is driven by its members.

Mancinas said the process UCWA follows to organize a campaign depends on who has the time to participate and what expertise they can bring.

“This is where we hopefully reach out to other members, partner organizations and try to figure out the full scope of a particular issue and then what kinds of avenues are there for us to organise” , Mancinas said.

A union’s ability to mobilize change, Sanders said, hinges on “investing in those relationships, planning together, and having those one-on-one conversations with everyone involved.”

Katie Zeiders, union member and associate professor of family studies and human development at UA, said “the more we talk about it, the more people feel like they can be part of the solution and that we can work… to alleviate problems and challenges.”

While it would be beneficial for the union to have more engagement with university administrations when it comes to improving working conditions, Mancinas said the union has “chosen solidarity rather than sinking into cynicism or despair”.

Alexis Waiss is a political bureau reporter. She joined the State Press in the fall of 2021 and has covered the state legislature, Arizona politicians, college politics, student government, the city of Tempe, and stories highlighting social justice.