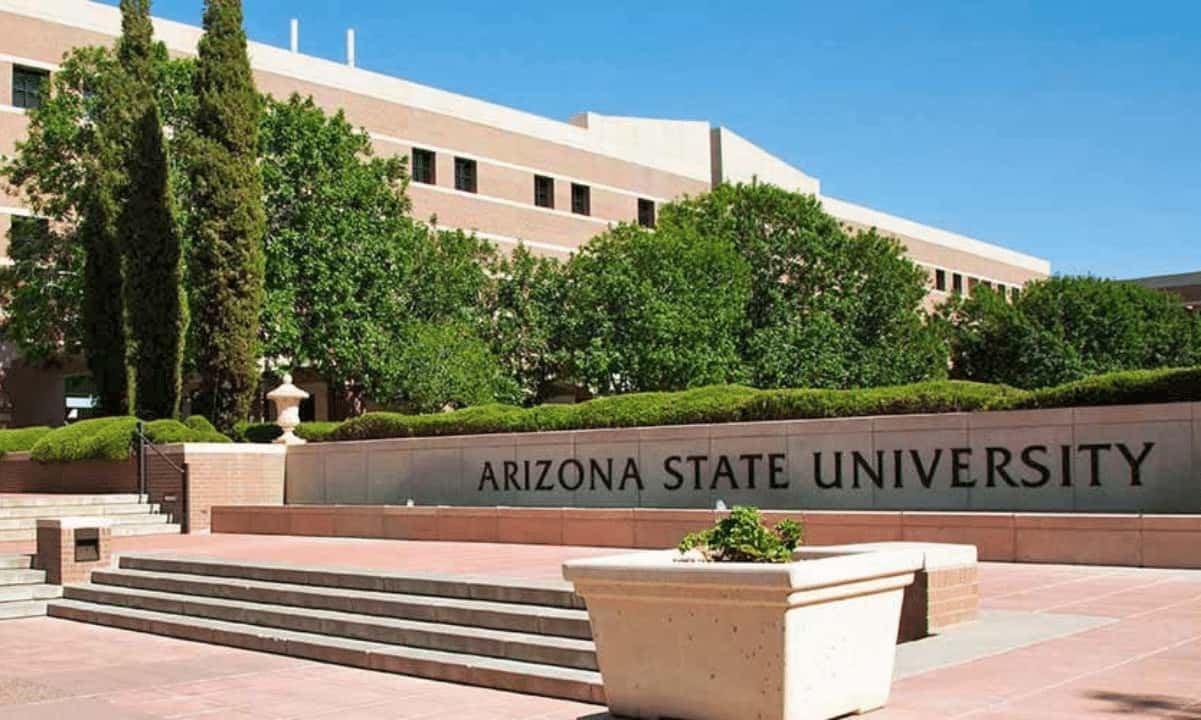 Arizona State University (ASU) – one of the largest public universities in the United States – intends to join the Metaverse and Web3 ecosystems. It also plans to release non-fungible tokens (NFTs) to authenticate event tickets and certificates.

ASU will hold classes in a “virtual environment”

A series of trademark filings with the United States Patent and Trademark Office (USPTO) revealed that the university’s future offerings could include NFTs and hosting virtual reality lectures.

ASU intends to issue digital collectibles for internal and other on-campus events for its students. NFTs depicting the university’s sporting highlights should also see the light of day. Hosting virtual classes, meetings, and other projects in the metaverse is another goal set for the institute.

In a recent tweet, Josh Gerben – trademark lawyer and founder of Gerben Perrott – confirmed the rumors.

Arizona State University has big plans for the Metaverse and Web3.

According to USPTO filings made on June 7, @KNEW plans to offer:

With nearly 150,000 students, ASU is one of the largest universities in the United States. Its potential leap into the Metaverse space could be driven by the fact that in 2021 (due to the sound measures surrounding COVID-19), almost 60,000 people passed their courses and exams via “digital immersion”.

Bitcoin has been proposed as legal tender in Arizona

Earlier this year, State Senator Wendy Rogers highlighted bitcoin’s merits, such as its ability to operate independently of a central bank. Arguing that the leading cryptocurrency could bring some benefits to the financial system, she introduced a bill to make it legal tender within Arizona’s borders.

A survey conducted by YouGov showed that almost 30% of Americans would be in favor of BTC becoming an official means of payment. Interestingly, residents of western states (where Arizona is located) were more supportive of such a potential law than residents of other regions.

At the moment, El Salvador and the Central African Republic (CAR) are the only two regions where bitcoin has been proclaimed legal tender.

Featured image courtesy of 2U

SPECIAL OFFER (Sponsored)
Binance Free $100 (Exclusive): Use this link to sign up and receive $100 free and 10% off Binance Futures fees for the first month (terms).

PrimeXBT Special Offer: Use this link to sign up and enter code POTATO50 to receive up to $7,000 on your deposits.

2022-06-15
Previous Post: Cassone wins ITA National Rookie of the Year
Next Post: What if Arizona State promoted Billy Napier to head coach in 2017?