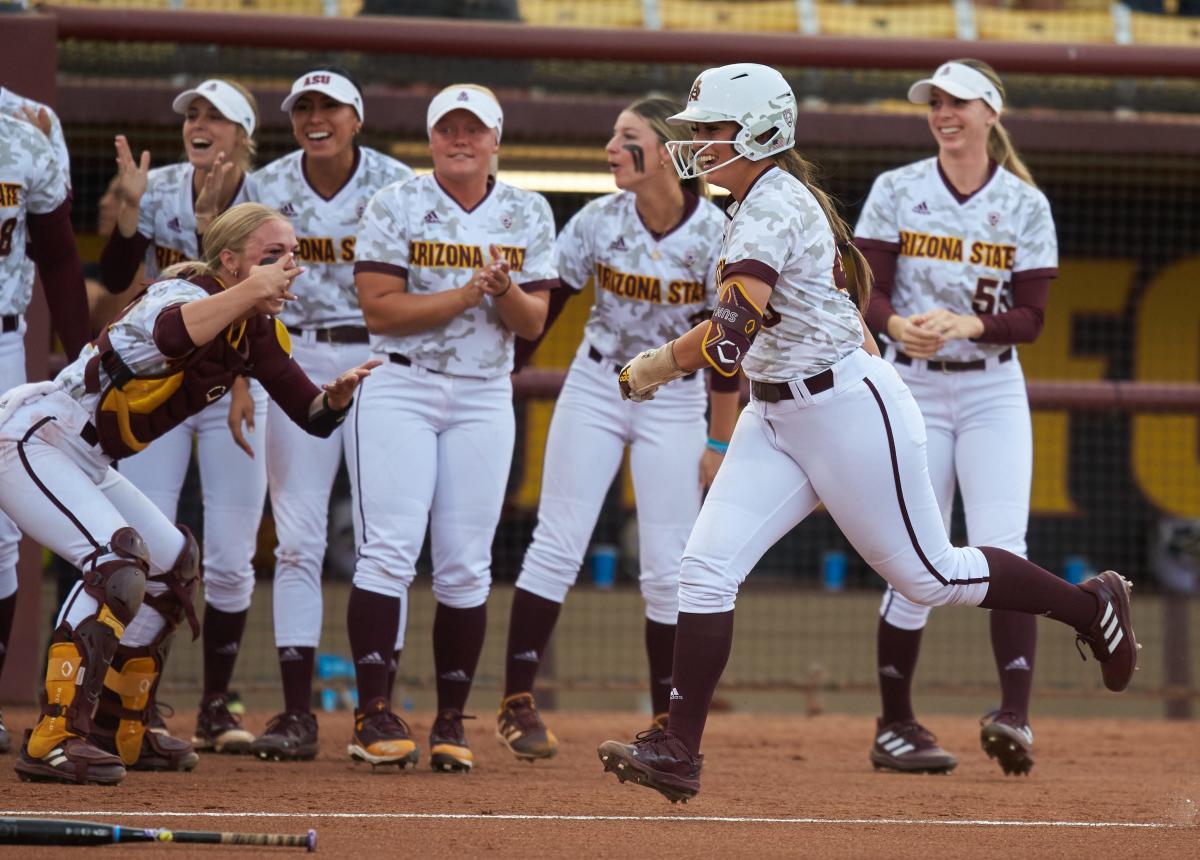 For the first time since 2011, Arizona State’s No. 8 softball won the Pac-12 championship. ASU won the conference’s automatic bid for the 2022 NCAA Division I Softball Tournament and will host an NCAA regional tournament beginning Friday.

ASU is one of seven Pac-12 teams in the 64-team field announced Sunday.

The last time ASU won the Pac-12 title, the Sun Devils won the national championship. ASU made a tear in conference play with 20 wins, the most in program history.

ASU (39-9, 20-4 Pac-12) won the series against No. 10 Washington on Saturday and took the title outright in a 5-2 victory. Pac-12 of the Year freshman winner Cydney Sanders hit two home runs in the final game to tie the single-season record of 20 home runs.

The Sun Devils went deep 89 times in the regular season and were ranked fifth in the nation in home runs per game (1.93).

ASU had eight different players named to all-conference teams, and head coach Trisha Ford was named Pac-12 Coach of the Year for the second time.

The other eight seeds in order are Oklahoma, Florida State, Virginia Tech, Arkansas, UCLA and Alabama.

The best of three super regionals will be played May 26-29 and the winners will advance to the Women’s College World Series, June 2-9 in Oklahoma City.