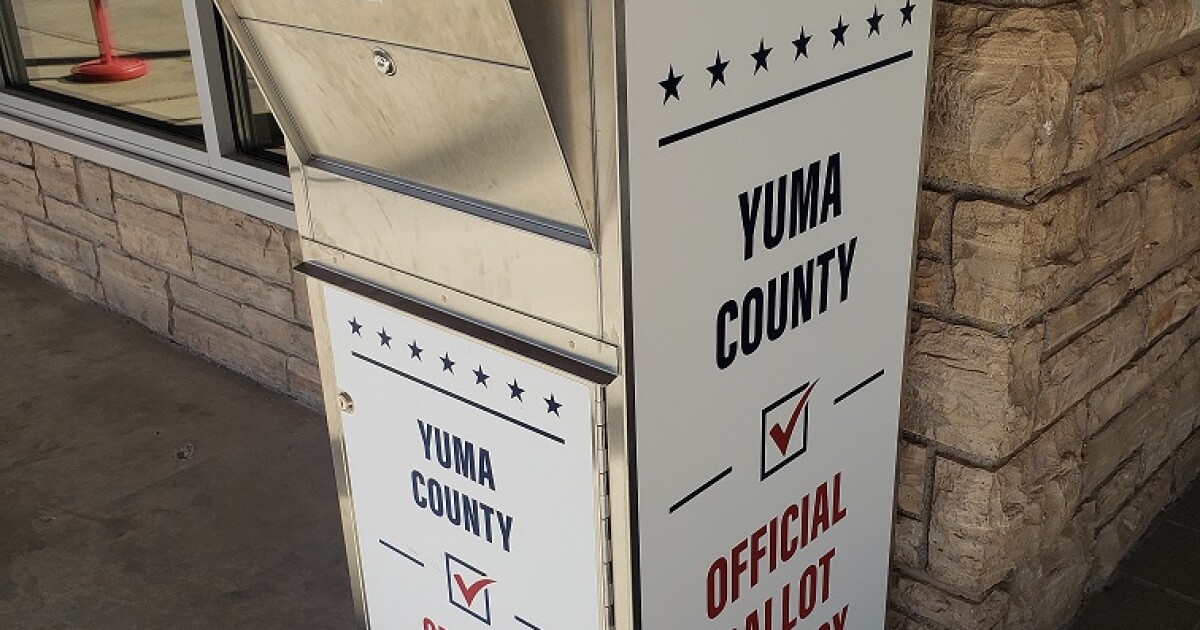 By Howard Fischer
Capitol Media Services
PHOENIX — Arizona state senators on Monday refused to ban or even restrict the use of ballot “drop boxes” despite claims they are opportunities for fraud — and despite backers citing a political film claiming they were responsible for stealing the 2020 Donald Trump election.
There was a unified opposition among Democrats questioning the wisdom of new restrictions on voters’ ability to cast their first ballots.
But HB 2238 also drew strong opposition from Senator Michelle Ugenti-Rita, R-Scottsdale.
She cited the film “2000 Mules” which claims to have evidence that supporters were stuffing ballot boxes with multiple ballots in swing states in numbers large enough to affect the outcome of the presidential race. boxes, the practice will continue.
HB 2238 wasn’t the only election-related measure killed by the Senate on Monday.
Lawmakers also killed HB 2378 for requiring consent from county election officials when the secretary of state settles election-related lawsuits. And they defeated HB 2602 to severely restrict counties’ ability to set up emergency voting centers.
But it’s the row over drop boxes — and the turmoil caused by claims in the film by Trump supporter Dinesh D’Sousa — that has sparked the most heated debate.
In the film, D’Sousa says that digital tracking of cellphone signals shows the same users driving through drop boxes multiple times, although the accuracy of this geolocation has been questioned.
There are also images of people putting multiple ballots into some drop boxes. But there is no evidence that any of this shows that anyone in Arizona, where people can return ballots for family members and others, was committing fraud.
The claim in the film is that there were 400,000 illegal votes in the 2020 presidential election.
Rep. Jake Hoffman, R-Queen Creek, who crafted the measure, said unmonitored drop boxes offer people the opportunity to stuff them with fake early ballots.
“You shouldn’t be able to just put a trash can on the side of the road in rural Arizona and expect it to be safe,” he said when the measure was heard in committee earlier this session. .
He pointed out that the Republican-controlled Legislature approved a measure in 2016 to limit “ballot harvesting.” This law states that individuals are still allowed to handle and return their own ballots, those of family members, those of the same household, or in cases where the person is a caregiver for someone else.
This law has been upheld by the United States Supreme Court. But Hoffman said more needs to be done to curb the practice.
“When you have unattended ballot boxes, it creates an easy opportunity for bad actors to fill ballots, visit multiple ballot boxes and put ballots in each one,” he said. “It’s not a safe practice.”
The only thing is that the bill that emerged from the House and went to the Senate allowed drop boxes to remain if they were inside polling places or anywhere else where election officials were present and monitoring them. .
It also allowed 24-hour remote drop boxes in locations where it was not “practical” for election officials to be present. But it would require 24-hour video surveillance.
Ugenti-Rita told colleagues that passing HB 2238 as approved by the House was worse than doing nothing at all, citing the film.
“If anyone believes what they saw in this documentary, ‘2000 Mules’, they have four million minutes of video,” she said.
” Why ?
She said having video evidence that someone appears to have cast multiple ballots is largely meaningless if it comes after the votes have been counted and after the election results have been certified.
“The damage is already done,” said Ugenti-Rita
“If the goal is to restore confidence in the outcome of an election, then you ban what you think facilitates manipulation,” she continued. “You don’t capture it on video.”
Senator Kelly Townsend, R-Mesa, agreed, also citing “2000 mules.” And she also found little comfort that the unguarded boxes would be under video surveillance.
“What good is a camera?” asked Townsend.
In fact, she wanted to go even further than Ugenti-Rita and even ban people from returning their early ballots by mail.
“There are still blue drop boxes all over the state that you can fill as easily as you can fill those drop boxes,” she told her colleagues.
Sen. Warren Petersen, R-Gilbert, said he agreed with Ugenti-Rita. But he warned that altering the measure in the way she wanted would kill the bill when it returns to the House to consider Senate amendments.
Ugenti-Rita, however, said that was irrelevant and that the bill amounted to “rushing to make it look like we’re trying to do something” rather than solving the problem.
Sen. Paul Boyer, R-Glendale, also voted against the bill. He called the measure and its requirement to monitor drop boxes an “unfunded mandate” on counties, with the state not providing the dollars needed to comply.
-30-
On Twitter: @azcapmedia