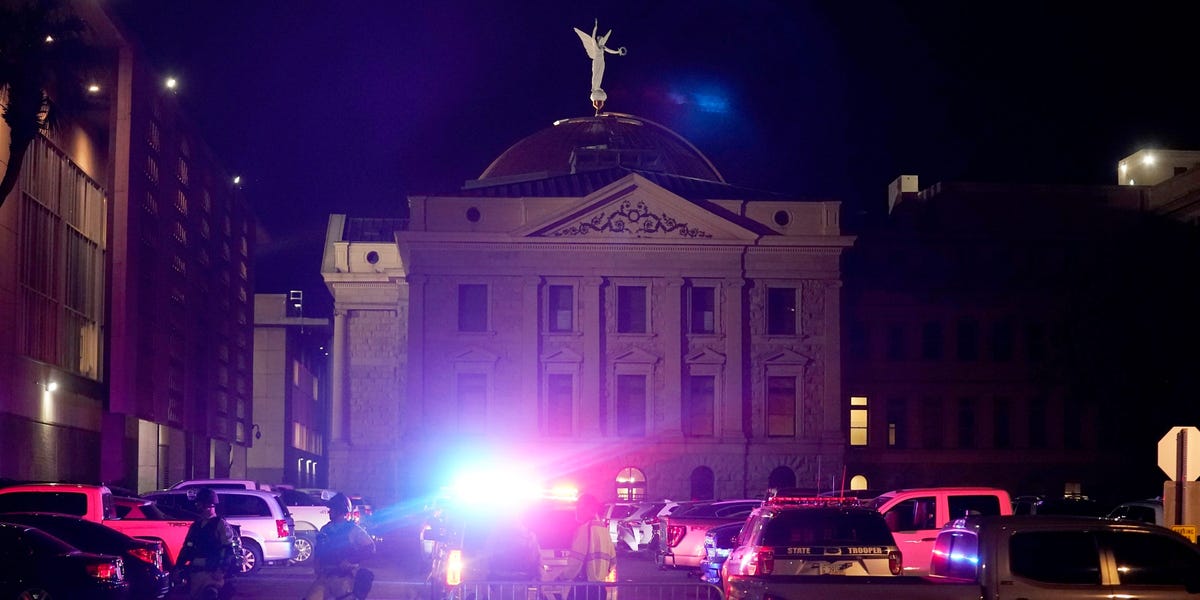 The Arizona State Senate building in Phoenix was evacuated on Friday after police fired tear gas at protesters.

A video posted on social media by Republican State Senator Michelle Ugenti-Rita shows dozens of people protesting outside the government building in response to the Supreme Court’s decision to overturn Roe v. Wade.

Other videos by a bystander show law enforcement standing by the windows of the building while firing tear gas into the crowd.

According to a Tweeter by the Arizona Senate Republican Caucus, the Senate was safe and secure, but smoke and tear gas poured into the chambers.

AP reports that the incident forced lawmakers to take shelter in the basement for about 20 minutes before having to flee the building due to tear gas fumes.

Kim Quintero, director of communications with the Arizona State Senate Republican Caucus, told Insider that they anticipate protests due to the Supreme Court ruling, so there is an increased presence of forces of the order.

Quintero said protesters gathered around 6 p.m. As they walked to the building, she said a sergeant locked the door and Republican Senate Speaker Karen Fann ordered a suspension.

“Everyone was safe and no one was able to enter the building,” Quintero told Insider.

Senators had to move to another area of ​​the Capitol to complete their session as they voted on final bills, such as a school choice bill.

Abortion laws in Arizona are shaky, as abortions are prohibited after 15 weeks of pregnancy.

Experts told The Arizona Republic they expect a challenge to state anti-abortion laws and threats against abortion providers.

In a press release, Republican leaders in the Arizona House praised SCOTUS’ decision, saying it “was the right one.”