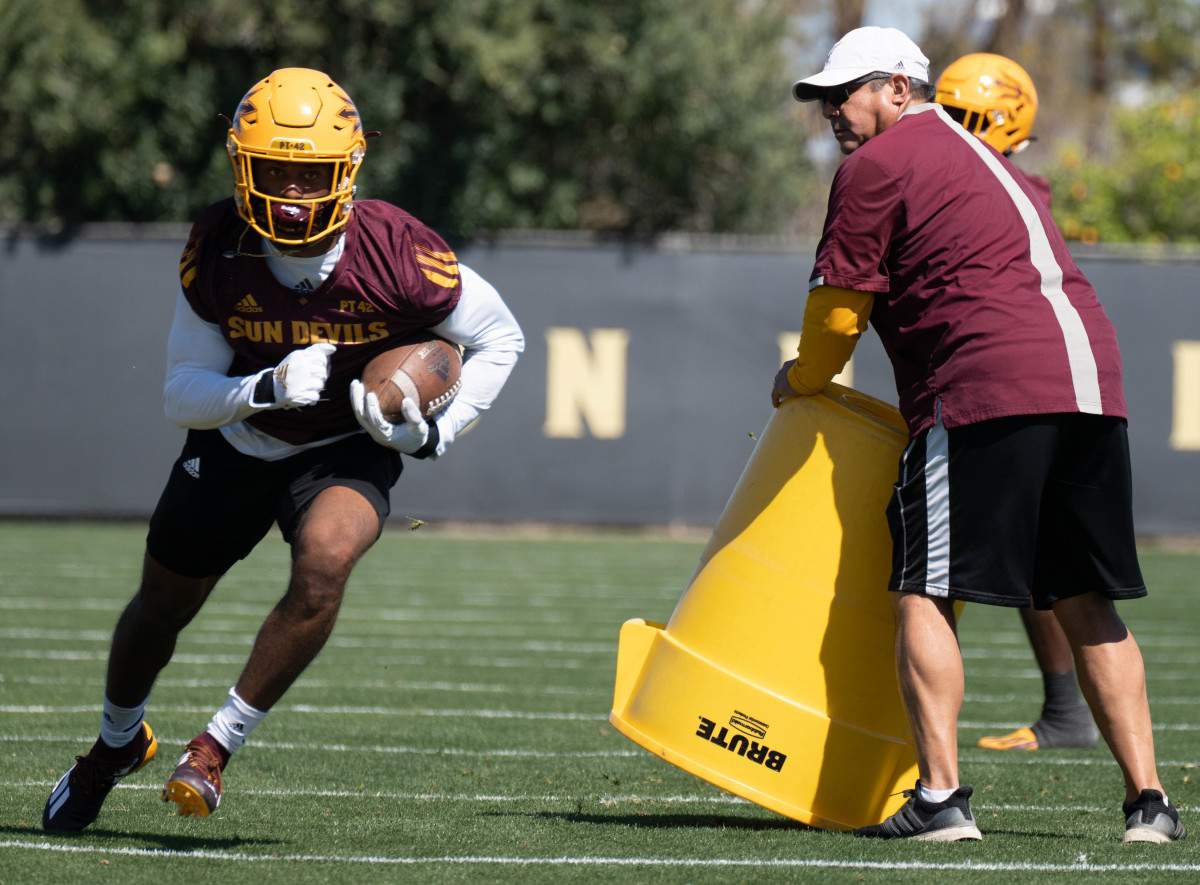 Valladay, a two-time 1,000-yard rusher, is entering his first year as Arizona State’s Sun Devil after spending his previous four seasons playing for the Wyoming Cowboys. While at Laramie, Valladay rushed for 3,274 yards averaging 5.2 yards per carry and scored 19 times. Valladay also proved to be a dependable asset in the passing game for the Cowboys, catching 51 receptions for 584 yards (11.5 yards per reception) and adding two more scores.

The Sun Devils football program has seen many transitions this offseason both due to NFL Draft entries and more specifically the NCAA transfer portal. Among the departures were 1,000-yard rusher Rachaad White and backup DeaMonte “Chip” Trayanum to the NFL and transfer gate respectively.

With these vacancies, Arizona State will rely heavily on a cast of relatively unproven runners such as Daniyel Ngata (redshirt sophomore), Deonce Elliott (redshirt freshman) and Tevin White. Ngata and Elliott have combined for 85 career runs, while White is an incoming freshman.

This lack of experience could prove to be Valladay’s golden ticket to winning the starting job and the lion’s share of touches. Valladay has recorded 677 career touches and is averaging 5.7 yards per touch over his four-year college career. Valladay also only missed four games during that span. This combination of proven workload, production and durability is sure to appeal to trainers.

If Valladay wants a fair shot at winning the Doak Walker Award, he’ll likely have to be the Sun Devils point guard and command the vast majority of touches. Scoring touchdowns wouldn’t hurt his case either.

Seeing Valladay on the award watch list is a nice feeling for Sun Devil fans and they certainly hope he becomes the first Sun Devil to win the prestigious award.