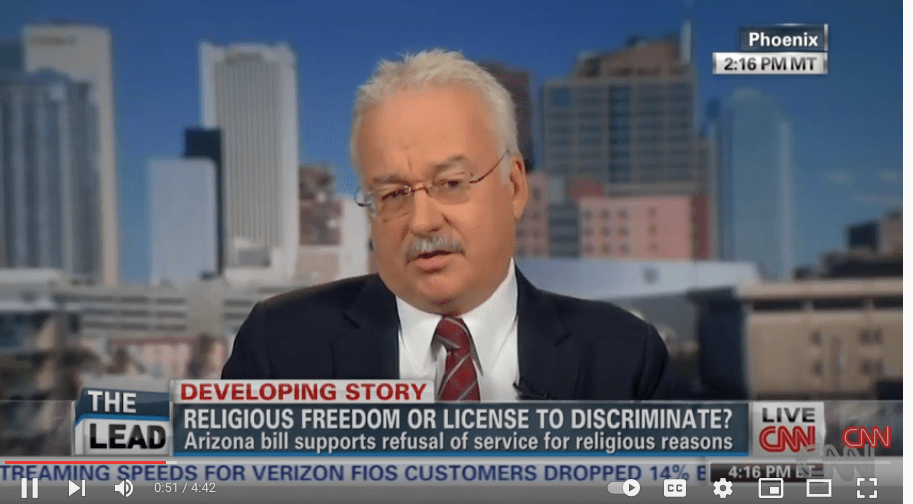 The text of the bill states that school districts would be prohibited from allowing a student to participate in “any school student group or club involving sexuality, sex, or gender identity” without the student’s parent provides “written permission” for the student’s participation.

The legislation also requires the school to explicitly inform parents that they are permitted to “review group or club formation documents,” which may include bylaws, statements of purpose, mission statements, or objective documents.

To state the obvious, this type of bill puts young people who are already vulnerable even more at risk. Not all young people have “come out” from their parents or their family, and that’s fine. LGBTQ+ (and questioning) youth deserve the opportunity to feel safe, seen, and supported by their peers and the adults in their lives, even if those people are not family members. LGBTQ+ youth face disproportionate levels of bullying and violence at school; Cutting out opportunities for solace is particularly cruel, especially since young trans people are also driven out of sports. No one should have to live in the closet, and the last place young gay men need to feel even more isolated and attacked is at school.

And for young people who are not LGBTQ+, the very framing of a queer club requiring “different” or “additional” clearance suggests that there is something inherently wrong or dangerous about being LGBTQ+. This only adds to already negative stereotypes about the queer community and queer people, and could add to learned perspectives of queerphobia or that queer people are somehow “other” or to be avoided.

This bill appears to use the foundation of parental rights with respect to sex education and sexual health classes offered in public and charter schools across the state. The bill emphasizes that parents of public school students have the right to “review” the learning materials and activities in these classes in advance, and can object to any “review materials or activities.” learning” on the grounds that it is “harmful”. They can ask to remove the student from that class or program. They can request an “alternate” assignment instead.

By the way, if Kavanagh sounds familiar to you, it might be because he was the first proponent of the anti-trans “toilet bill” in Arizona in 2013. He originally wanted to do a crime for trans people to use the bathroom that matched their gender identity and wanted to protect companies from lawsuits and lawsuits if they banned trans people from using the bathroom that matched their gender identity.

For the curious, he also portrayed immigrants as criminals, seemingly suggested that not everyone “should vote” and argued for more voting requirements in elections, not less.

In short, Kavanagh’s anti-LGBTQ+ and pro-discrimination stance comes as no surprise, but it is horrifying. Young people (and adults, for that matter) deserve so much better. As seen with the slew of anti-trans sports bills, Republicans are more than happy to spit hate if it gets them votes, so we have to be on our game when it comes to countering. all this legislation, no matter what new angle they try to use. LGBTQ+ youth are some of the most vulnerable people in this country, and every adult should do what they can to support them, not hurt them.

If you want a little blast from the past, you can see Kavanagh talking to Jake Tapper to defend a religious freedom bill that was essentially a license to discriminate.