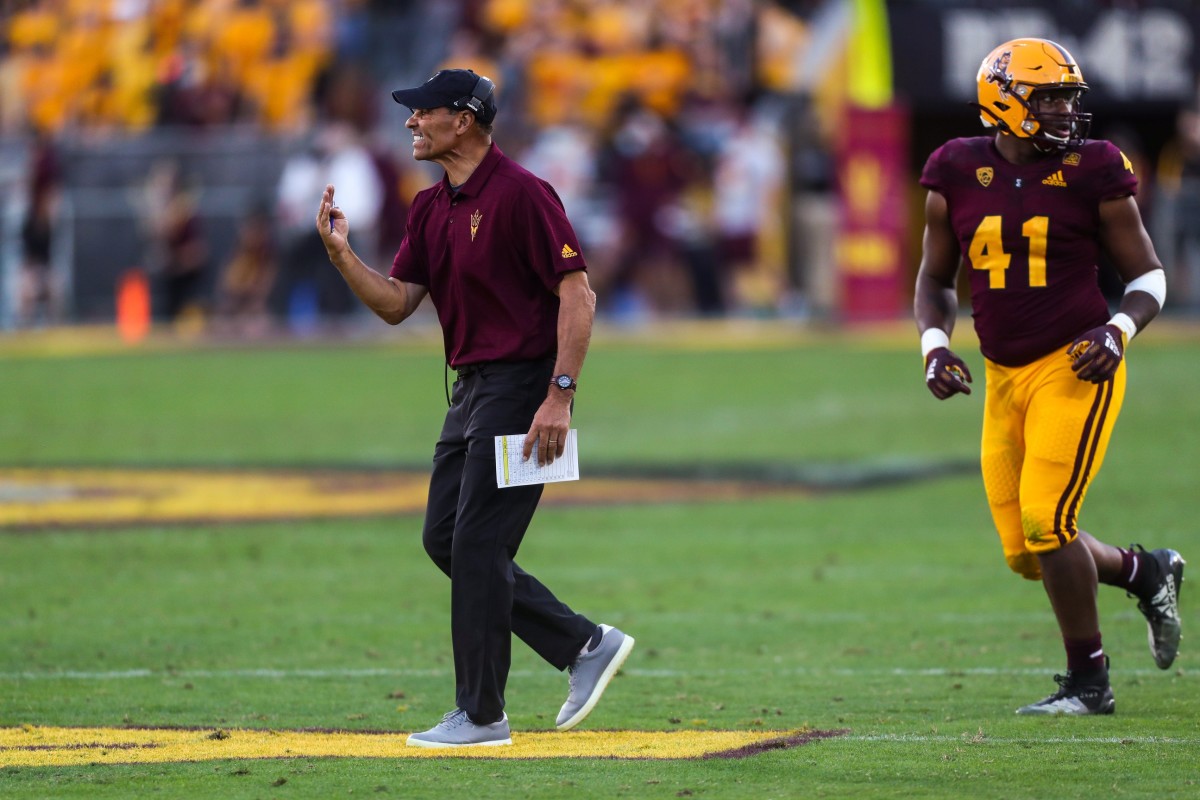 It’s not often you see a college president weigh in on a specific performance of his football team, but Eastern Michigan 30, Arizona State 21 was one such example.

The Sun Devils gave up 305 yards rushing on 6.0 rushes and never led in the game, falling to a team that a week earlier had lost 49-21 to Louisiana.

“They showed up to play, and we didn’t,” ASU President Michael Crow said. The Arizona Republic after the game, via USA today. “That’s basically the result.”

After the game, cameras caught Edwards in a lengthy conversation with Crow and ASU AD Ray Anderson. Obviously, one can only speculate on the nature of the conversation, but it’s safe to assume that Edwards’ bosses weren’t praising him for a job well done.

“Like anything, when you’re in combat, you support your officers,” Crow said. “And we are in the fight. But we will have to decide where we go from here and decide what the problems are and see where we go.”

Arizona State is heading for, arguably, the toughest 3-game streak in college football: at home against No. 14 Utah, a trip to No. 7 USC, then at home against a Washington team that knocked out No. 11 Michigan State on Saturday and is sure to rejoin the standings when it comes out later this afternoon.

“There may be quick fixes,” Crow said. “There are several types, so we will have to see where we are heading.”

Arizona State has won at least seven regular season games in each of Edwards’ three full seasons, including an 8-5 campaign, a tie for second place in the Pac-12 South and an appearance at the Las Vegas Bowl the last season. But the scheme has generated the kind of recruiting allegations that would be hard for any head coach to escape even if he won a clip of 7 or 8 games – so far Edwards has escaped personal culpability — but a 1-5 start would make Crow’s decision much easier.

As always, stay tuned to The Scoop for the latest news.