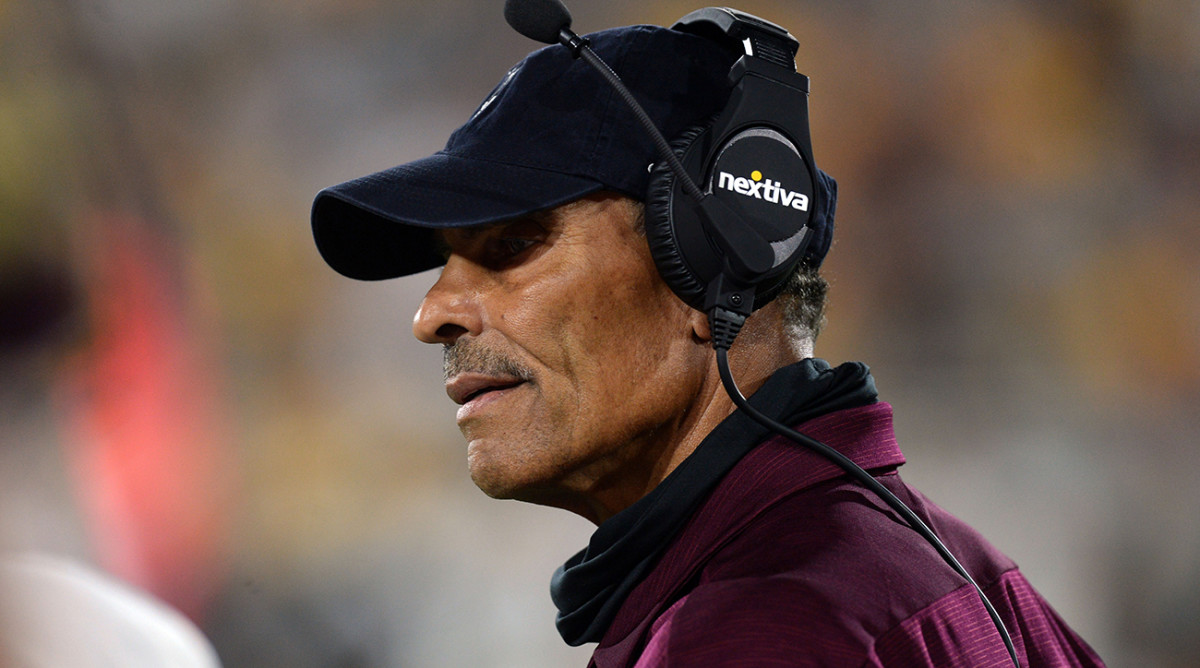 During an appearance on 98.7 Arizona Sports On Wednesday, Arizona State Chairman Michael Crow said coach Herm Edwards was not “part” of the program’s alleged recruiting violations the NCAA is investigating. For this reason, Edwards remains the coach of the Sun Devils.

“In all these things where you have people who decide not to play by the rules, those people are gone,” Crow said, per The Arizona Republic. “Coach Edwards is responsible for all the actions of his people, but these are not things he asked them to do. These are not things he was a part of, so we are looking at everything possible. He brought a lot of talent, a lot of energy and a lot of creativity and now we’re dealing with people who couldn’t play by the rules and now they’re gone.

Crow is referring to the departure of five assistants and at least one other staff member since the start of the investigation, according to Athleticism. The program supposedly welcomed recruits to campus during an NCAA-mandated COVID-19 dead period, and is also being probed for other infractions.

Edwards has been the face of the alleged scandal, leading people to wonder why he is still Arizona State’s coach. Athleticism‘s Doug Haller reports that while Edwards didn’t know all the details of the alleged recruiting violations, he knew recruits were visiting during the no-contact recruiting period. The investigation is still active and Arizona State could still face NCAA Level I violations.

For more information on the Arizona Sun Devils, visit All Sun Devils.