Arizona State Retirement System added to its position in Old Republic International Co. (NYSE:ORI – Get Rating) by 0.9% during the first quarter, according to the company in its latest filing with the Securities & Exchange Commission. The fund held 78,840 shares of the insurance provider after buying an additional 666 shares during the period. Arizona State Retirement System’s holdings in Old Republic International were worth $2,040,000 when it was last filed with the Securities & Exchange Commission.

In other news, Director Lisa J. Caldwell purchased 9,920 shares of the company in a trade on Friday, May 27. The stock was purchased at an average price of $23.63 per share, for a total transaction of $234,409.60. Following the completion of the purchase, the director now directly owns 10,706 shares of the company, valued at approximately $252,982.78. The purchase was disclosed in a legal filing with the Securities & Exchange Commission, accessible via the SEC’s website. 1.60% of the shares are currently held by insiders.

The company also recently announced a quarterly dividend, which was paid on Wednesday, June 15. Investors of record on Friday June 3 received a dividend of $0.23. The ex-dividend date was Thursday, June 2. This represents an annualized dividend of $0.92 and a yield of 3.95%. Old Republic International’s payout ratio is currently 20.91%.

Several brokerages have recently released reports on ORI. Raymond James upgraded Old Republic International from a “strong buy” rating to an “outperform” rating and lowered its price target for the company from $30.00 to $28.00 in a Friday 29 research note. april. StockNews.com downgraded Old Republic International from a “buy” rating to a “hold” rating in a Friday, April 29 report.

Old Republic International Corporation, through its subsidiaries, is engaged in the insurance underwriting and related services business primarily in the United States and Canada. The Company operates through three segments: general insurance, title insurance and the Republic Financial Indemnity Group run-off business. 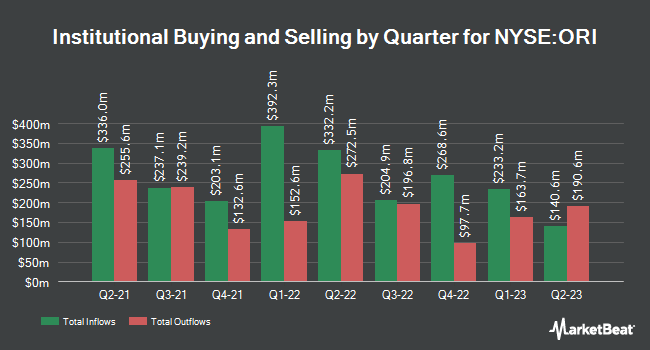