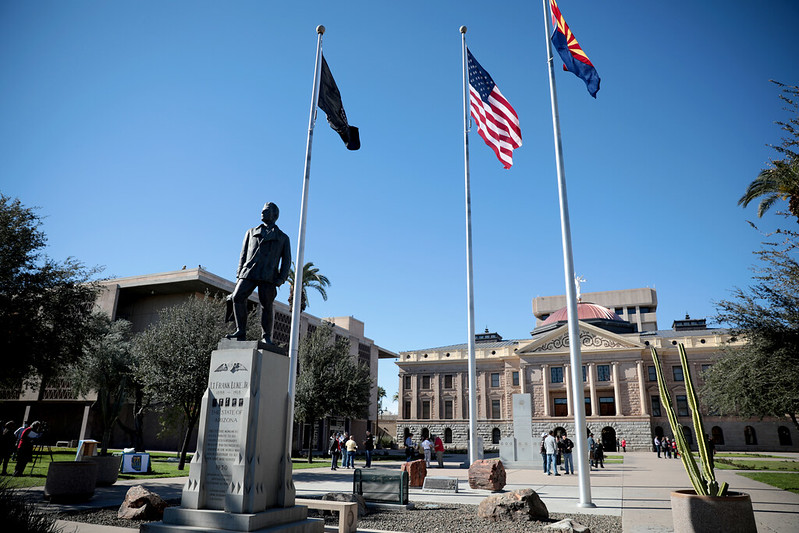 The highly controversial measure was passed in the Senate on Monday

A budget crisis loomed over Arizona schools in 2022, but a vote held in the Arizona Senate on Monday brought a sigh of relief to K-12 institutions.

Schools across the state will now avoid closures that would have begun as early as next month, as the Senate raised the public school spending cap in a 23-6 vote. aggregate spending” in the Arizona Constitution is set at $1.15 billion.

K-12 schools now have access to that money after an impasse in the state legislature nearly rendered it unusable. The AEL exemption passed the state House of Representatives last Tuesday, but initially garnered a Republican vote shortly after it was tabled in the Senate.

“We did it. We lifted the spending cap and will avoid $1.2 billion in school cuts,” said Democratic Senator Lela Alston. tweeted Monday afternoon.

The deliberations were intense and included Scottsdale Republican Michelle Ugenti-Rita decrying “educational terroristswhile explaining his decision to vote “no”. The effects would have been devastating had the measure not been approved by the March 1 deadline. The Tucson Unified School District would have lost $58 billion in funding, while Mesa Unified would have lost $74 million. Several other school districts have faced millions in cuts.

Save Our Schools Arizona, a nonpartisan organization made up of Valley teachers, parents, and business leaders, issued a statement after the news broke and spurred lawmakers to keep fighting to improve the quality of education in Arizona.

“This legislation will allow districts to avoid unnecessary furloughs, school closures and other crises. This simple vote is long overdue and should never have been politicized,” the statement read.

“As we celebrate National #PublicSchoolsWeek, we urge lawmakers to work bipartisanly to resolve Arizona’s classroom crisis, instead of working to divert the most desperately needed funds to private school vouchers. not responsible. Arizona schools need massive investments to increase school counselors, special education services, fully funded kindergartens, and more. Our legislature must provide consistent and continued funding for the public schools that the majority of Arizona families choose and depend on. »