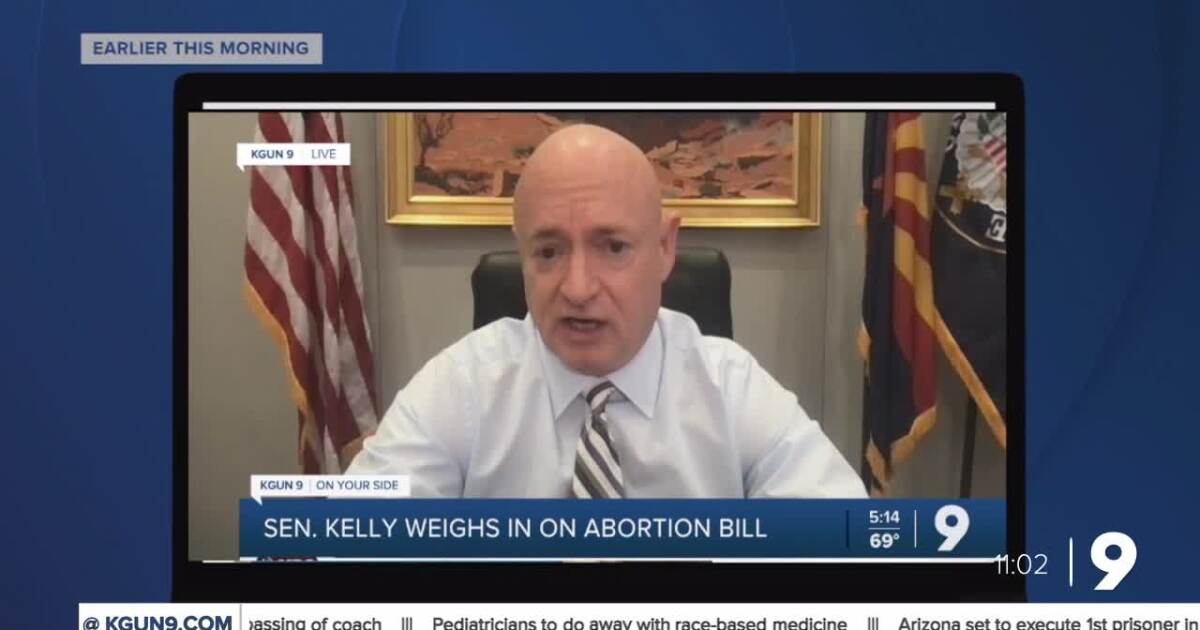 TUCSON, Ariz. (KGUN) — Senate Democrats in Washington DC are poised to force a vote on the Women’s Health Protection Act, which would enshrine abortion rights in federal law.

“For nearly fifty years, half a century, women have had the fundamental right to make these decisions about abortion, about their own health care,” Senator Kelly said.

In the state of Arizona, Kelly says, women could face restrictions on abortion access if the U.S. Supreme Court goes ahead with its decision to overturn the case. Roe v. Wade.

The US Senate would need 60 votes to pass the law in a roll call vote scheduled for this afternoon.

If the bill does not receive the required votes as expected by the Senate leadership, Senator Kelly has indicated his intention to continue working on the matter:

I will continue to work on this because it is a fundamental right that women have had in our country for fifty years.

And like I said, that’s just plain wrong and it’s a giant step in the wrong direction, so I’m going to stay focused on that because women in Arizona deserve to be able to make those decisions for themselves- themselves and that Washington DC politicians do not interfere with them and their doctor and their health care

Arizona Governor Doug Ducey has already signed into law a bill that makes it a criminal offense for doctors to perform an abortion after the 15th week of pregnancy, except in medical emergencies.

——-
Jose Zozaya is an anchor and reporter for KGUN 9. Prior to arriving in southern Arizona, José worked in Omaha, Nebraska, where he covered issues ranging from local, state and federal elections, to in-depth investigations into the COVID-19 relief fraud, toxic chemical spills impacting rural communities, and community programs positively impacting immigrant families and their children. Share your story ideas and important issues with José via email [email protected] or by connecting to Facebook, instagram and Twitter.

——-
Anne Simmons is a digital content producer for KGUN 9. Anne made her television debut while still a student at the University of Arizona. Prior to joining KGUN, she managed several public access television stations in the Bay Area and worked as a video producer in the nonprofit sector. Share your story ideas and important issues with Anne via email [email protected] or by connecting to instagram or LinkedIn.