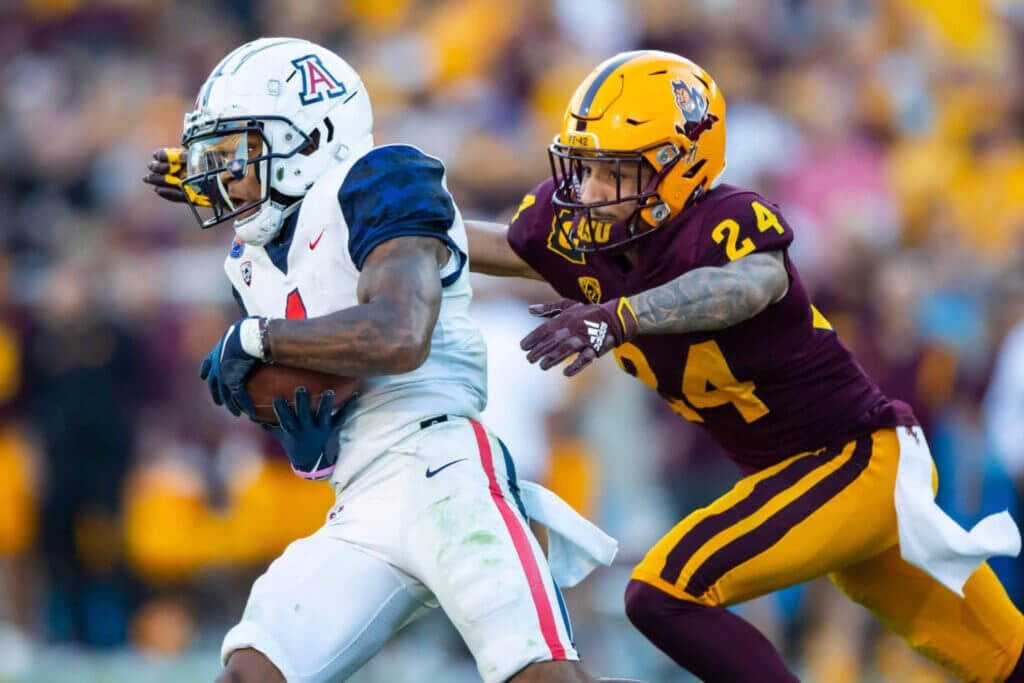 Amid Pac-12 instability, what are Arizona and Arizona State’s best realignment options?

On Sept. 10, Arizona State will enter Boone Pickens Stadium for the first time since 1991 to face an Oklahoma State team expected to challenge for the Big 12.

That in itself will be an interesting matchup, a measuring stick game against a solid non-conference opponent. But the backdrop of the competition will go much further. More than likely, Arizona State’s visit will be dominated by talk of the future of the program, including whether the Sun Devils will soon make regular trips to Stillwater as members of the Big 12.

Ever since USC and UCLA announced their decision to join the Big Ten starting in the summer of 2024, every Pac-12 fan base has been trying to figure out where their schools fit into the changing football landscape. university. It is not easy. Without the Los Angeles schools, the Champions Conference is on shaky ground.

What this means for Arizona schools remains unclear. Unlike Oregon and Washington, Arizona State and Arizona lack the football muscle and national appeal to be key players in the realignment. This puts them in a difficult position, weighing loyalty to the conference against individual stability. Although they may not be in a strong position, desert schools have options.

This has been discussed throughout the 48th state for years, and for good reason. Whether it’s the Desert Schools and Utah and Colorado or some kind of conference merger, this seems like the best game for everyone involved. With three seasons remaining on its media rights deal, the Big 12 would add the Phoenix market, which ranks 11th among designated market areas nationwide. Arizona schools would find stability in the conference.

Since Oklahoma and Texas announced plans to leave for the SEC a year ago, the Big 12 have rebounded well. New additions BYU, Cincinnati, UCF and Houston are all set to join the conference in the summer of 2023. At Wednesday’s Big 12 media day in Texas, new commissioner Brett Yormark said there was no doubt that the conference was “open for business”. No interpretation was necessary.

Geography wouldn’t be bad for Arizona schools, even if no one cares much these days about the travel logistics that get in the way of realignment ambition. Trips to West Virginia (2,079 miles from Phoenix) and UCF (2,137) aren’t ideal, but the rest are manageable. Both desert schools would still need to recruit in California, but joining the Big 12 would ensure a stronger presence in talent-rich Texas. Since 2000, Arizona State is 1-4 against current Big 12 schools. Arizona is 2-2.

Academics could be an issue, which has been a talking point in past Pac-12/Big 12 speculation. In the latest US News & World Report university rankings, the Pac-12 had eight of the top 100 schools. The Big 12 had three: Texas, Baylor and TCU. It’s unclear if that would be a deadlock, with Arizona schools in such dire straits.

Poll: Arizona State and Arizona will likely end up in:

Staying in the Pac-12 would be the most Pac-12 thing for Arizona schools to do. In 2020, when the conference suspended fall sports due to the COVID-19 pandemic, conference coaches, unlike others across the country, stayed on brand. Loyalty is a big issue here. In this case, it is also risky.

According to league sources, the remaining 10 Pac-12 schools — at least for now — plan to stick together. Colorado athletic director Rick George told BuffZone on Wednesday that Pac-12 schools are “focused on maintaining alignment.” It is a noble plan, which no one should trust.

The Pac-12 board has cleared the conference to explore expansion and begin negotiations for its next media rights deal. In the pandemic-altered 2021 fiscal year, the Pac-12 distributed $19.8 million to its member schools, the lowest payout among the Power 5. Without the Los Angeles schools, its current value is unknown. With the current Pac-12 media deal expiring in 2024, this is where Commissioner George Kliavkoff needs to get creative.

Expansion might help. A year ago, the Pac-12 reportedly considered adding TCU and Houston, but decided to keep the membership at 12; Houston eventually agreed to join the Big 12. The Pac-12 could extend invitations to San Diego State (giving it a presence in Southern California) or SMU (Dallas-Fort Worth), but the added value would probably not come close to replacing the Los Angeles Market.

There are no great options.

The case of ACC

The Pac-12 and the ACC discussed not a merger but a broadcast partnership that would include a shared media rights deal with ESPN. This would give both conferences a larger audience and possibly better media value.

A partnership would give Kliavkoff something solid to sell to Pac-12 members and help solve the conference’s Pac-12 network distribution problem. ACC’s media markets (Boston, Atlanta and Miami) are strong. Football games (Clemson vs. Utah, anyone?) are interesting. Portland columnist John Canzano threw in the possibility of a championship game between the Pac-12 champ and the ACC champ in Las Vegas.

Even the basketball part is intriguing (Arizona in North Carolina?) – but it gives off strong “Alliance” vibes. A year ago, after Oklahoma and Texas announced their decision to the SEC, the Pac-12, Big Ten and ACC formed a “historic” alliance sealed by a handshake and a Press release. Then the Big Ten stole the Pac-12’s two most valuable properties.

The case of the Big Ten

In a recent conversation regarding the future of Arizona State, an industry source aptly referred to the Big Ten as “Hail Marys.” Even so, he said school president Michael Crow and vice president of athletics Ray Anderson have to do everything they can to try to make it happen. Pull on each string. Make every call. Sell ​​the Phoenix market. Sell ​​the upgraded facilities. Sell ​​everything. With the Big Ten waiting and apparently waiting for Notre Dame, Arizona State and Arizona have time – and nothing to lose.

“It’s a 100-plus-year-old organization that has the idea that a research university is a certain type of place,” Crow told the Arizona Republic in 2019. “We’re reaching or at above the level of many of these universities.. They just think that somehow we’re too big, have too many undergraduates… It’s just kind of weird.

Not Helping Arizona Schools: Arizona State is under NCAA investigation under Herm Edwards, and Arizona under Jedd Fisch remains in an early stage of reconstruction. If the Big Ten at this point don’t have much interest in Oregon and Washington, it’s hard to think they would look favorably on schools in Arizona. But that shouldn’t stop them from trying.